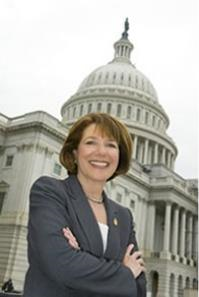 “Congress should lift the restrictions that have prevented the President from closing the detention facility at Guantanamo Bay.  The detention facility runs contrary to American values and it is time to remove this stain on our democracy. Guantanamo does nothing to keep us safe and, in fact, hurts our national security efforts to protect Americans and combat terrorism.”

Davis added, “With about 2,000 personnel watching over 91 detainees, Guantanamo is a fiscally irresponsible approach to this issue and it will cost significantly more over the long term to keep detainees there than transfer them to a U.S. facility.  Furthermore, our judicial system has a proven record of trying and incarcerating terrorists, with over 500 terrorists currently being held in U.S. prisons.I appreciate the President’s continued commitment upholding out nation’s highest principles when it comes to closing the detention facility. I look forward to working with him and urge my colleagues to join us.”

The Obama plan would send some of the remaining terror suspects at Guantamo to prisons on the U.S. mainland.

Associated Press cites Ali Soufan, a former FBI agent, who says the current practice of investigating and prosecuting terror suspects.  Since the Sept. 11 attacks in 2011, only seven have been tried and convicted under military commissions, while hundreds of terrorists have been convicted in federal courts during the same time period—and nearly all are still in prison, he observed.

However, the The Justice Department has not provided the number of foreign terrorist suspects who have been prosecuted or the number handed over to other countries, or their status, AP reports.

Lawmakers, including Rep. Duncan Hunter, R-Calif., have asked the Defense Department for the numbers.