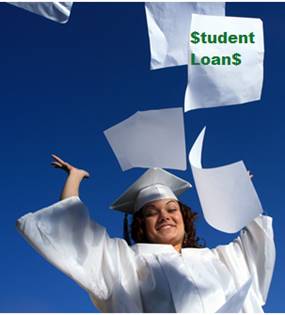 July 13, 2019 (Washington, D.C.) - Congresswoman Susan Davis (D-CA), Chair of the Higher Education and Workforce Investment Subcommittee,  Rep. Lloyd Smucker (R-PA), Ranking Member of the subcommittee, and Rep. Sharice Davids (D-KS) have introduced legislation to eliminate all administrative fees on federal student loans, which would save students over $1.7 billion per year.

“Students who are about to take control of their future and invest in their higher education shouldn't be hit with hidden fees.” said Rep. Davis. “Student debt makes it harder for graduates to fully participate in our economy, like buying a home or maybe venture out on a new startup. Federal student loans are an investment in our nation’s future. We need to be sure we are getting a good return on that investment by ensuring graduates can contribute to the economy when they leave college.”

The Fee Free Student Loan Act would remove all administrative fees, which can range from one to four percent, on federal student loans. For example, if a college student takes out an estimated $30,000 in federal loans over the course of their undergraduate education, an average origination fee of 1% (a conservative estimate) adds up to $300.

As a result of legislation passed in 2010, all federal student loans issued through the Department of Education were taken out of the hands of private lenders and issued directly by the Department. Despite the elimination of private lenders in the federal loan process, students are still being charged administration fees on student loans. This hidden tax adds billions of dollars to student debt every year,

The measure must first pass through the House of Representatives before advancing to the Senate, where Republican President Pro Tem of the Senate Mitch McConnell has of late blocked all Democratic-authored bills.

From just a two-year professional post-graduate program.   And she was very fortunate compared to many students to get through her undergraduate work at UC without loans, since we were able to help some and since she was able to work part-time, which was not possible in the post-graduate, very intense physician assistant program at a specialty school.  She does have a good job in the field now, but it will take decades likely for her to be debt free. What happens to students who can't pay back their loans due to say, job loss or disability?  It's a ticking time bomb for many.  It simply should not be so expensive for good students to get an education.

Sounds good on the surface, however nothing was said about who if anyone, will have to make up the difference. Hope this is not another taxation slime job oozing from a swamp.