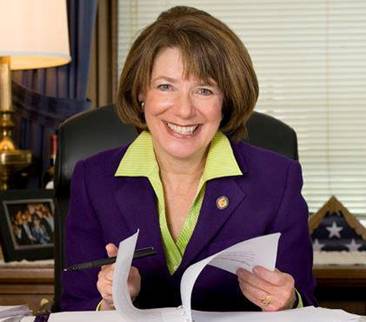 April 24, 2016 (Washington D.C.) -- Congresswoman Susan Davis (D-San Diego), Ranking Member of Subcommittee on Military Personnel, included a number of policy provisions to increase benefits available to our men and women in uniform. The Subcommittee approved its portion of the working draft of the National Defense Authorization Act.

“The Subcommittee has worked in a bipartisan manner to craft the Personnel section of the NDAA to allow the services to recruit and retain service members and continue our commitment to taking care of our military families,” said Davis. “Moving forward, I will continue to work with my colleagues to improve on the benefits and services we provide our men and women in uniform.”

As the NDAA moves through the legislative process, Davis plans to work with her colleagues to add language to exclude the Basic Allowance for Housing (BAH) from the calculation to receive benefits from the Supplemental Nutrition Assistance Program (SNAP). Many surviving spouses and military families are being denied SNAP benefits because the BAH, when included with their basic pay, makes them ineligible.

Provisions Davis included in the NDAA:

The NDAA is scheduled to go before the full House Armed Services Committee the week of April 25.