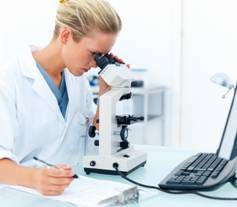 April 7, 2017 (Washington, D.C.) - As President Trump calls for dramatic cuts to life-saving medical research, Congresswoman Susan Davis (CA-53) led a bipartisan group of House members in an effort to increase the budget for the National Institutes of Health (NIH). Davis’s letter to House appropriators urges $36 billion for medical research and was signed by 206 members of the House. Trump is proposing a nearly 20 percent cut in NIH funding.

“Life-saving and life-improving discoveries are regularly made in America and our nation’s investment in medical research fuels those discoveries,” said Rep. Davis.  “The President talks about putting America first yet his budgeting for medical research certainly does not reflect that. If America is to continue as a world leader in innovation and medical research robust funding for the NIH will be key to that. Besides medical the breakthroughs, NIH funding supports our economy and thousands of jobs.”

The letter can be viewed here.