June 18, 2014 (La Mesa)--On June 14, Congresswoman Susan Davis (D-San Diego) spoke to several members of Polonia United (www.poloniaunited.org), a local Polish-American organization that promotes education, understanding and relations between Poland and the United States, and helps to better the lives of Polish-Americans. The organization has become very involved in the local community, providing philanthropy to deserving organizations. They cite both Susan Davis and Congressman Duncan Hunter (R-Alpine) as two key supporters in their efforts. 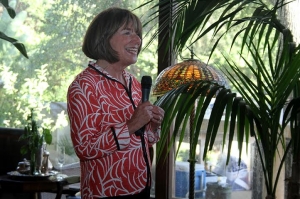 After mingling with the guests and enjoying an array of Polish hors d’oeuvres, Davis briefly recapped her background in politics, starting as a board member of the San Diego Unified School District in 1983. The former social worker became interested in politics based on her interests in education and her experience as a military spouse. 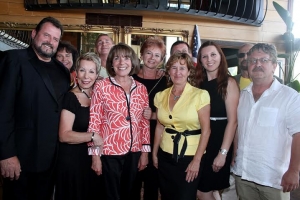 Davis pointed out to the Polonia United audience that President Obama met with Polish Prime Minister Donald Tusk on June 3 (http://www.whitehouse.gov/photos-and-video/video/2014/06/03/president-ob...), in which they jointly shared their commonality – the environment, the relationship between the two nations, and their desire to see that deep friendship grow.

She said she was interested in knowing what’s on the minds of those in attendance, and she opened it up for questions.

The first question directed at Davis was about President Obama’s unilateral decision of the POW exchange, without consulting Congress.

Davis pointed out that all presidents have used their executive privilege, and that the law allows for some authorization for presidents. She noted that our Constitution was specifically crafted to make legislation difficult to pass – our Founding Fathers didn’t want things to be easily changed. She noted that there is some good in that, but with today’s Congress, it is more difficult than ever and much of it is needless. She said this situation required the president to act quickly, but she noted that he has not used his executive privilege as much as the previous president. She supported President Obama’s decision, saying it was the right thing to do.

A woman in the audience asked about Davis’ perception on the specific problems facing San Diego.

Davis cited job creation as a big concern, which she noted is a problem in all urban cities. She said what sets San Diego apart from other large cities are our universities, the international border, our military, and the diversity of our population and its many languages. She said these are opportunities, but we need to work a little harder.

“I don’t think we are as visionary as we could be,” she said. “Our toughest challenge is making the economy work for everybody.” She cited issues with minimum wage and the great disparity from a shrinking middle class in comparison with the very wealthy. She said we need a philosophy of inclusion for all when moving forward.

She said frustration looms when resources are not there for the many opportunities we do have in San Diego. She said she has had discussions with many scientists who are concerned they can’t get the funds they need to advance research. Some have said they considered giving up science and taking jobs on Wall Street instead.

‘We need to provide the resources to people who have these tremendous abilities to advance our society.” 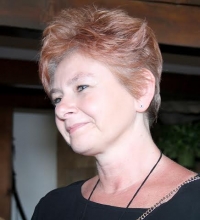 The Polish Consulate, Malgorzata Kuc made the trip from Los Angeles as a guest to welcome the Congresswoman.

Davis was presented with an award from Polonia United, and she in turn, offered a proclamation that supports the organization’s efforts to support the San Diego Polish-American community, and congratulated them on creating a center for the Polish community that will be open in the future. She also received a copy of a hardbound coffee table book, “Hollywood PL” by its authors, Agnieszka Niezgoda and Jacek Laskus (http://www.amazon.com/HOLLYWOOD-PL-Beyond-Dream-Personal/dp/8393219213/ref=sr_1_1?s=books&ie=UTF8&qid=1402800943&sr=1-1&keywords=hollywood+pl). The book commemorates stories of acclaimed Polish-born filmmakers.

The next Polonia United event will take place on July 12, which will be a fundraiser and concert supporting Rady Children’s Hospital.