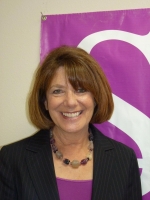 Oct4ober 10, 2013 (San Diego’s East County)-- Sharing the plight of federal workers, Congresswoman Susan Davis (D-San Diego) and 111 other representatives of the House as well as 41 State Senators have decided not to accept their paycheck or are donating them to charity, as reported by CNN.

Representative Susan Davis has directed the House to not issue her a paycheck until the shutdown ends.  Polls have shown a large majority of the public oppose Congress being paid during the shutdown, while many other federal workers have been furloughed without pay and many benefits to the public have been suspended.

“I requested that my paychecks be held until this shutdown is over,” said Davis, whose district includes portions of East County such as La Mesa and El Cajon.  “The shutdown and the uncertainty it has created is devastating to many public servants, their families and the surrounding community that depends on them.  Although the constitution says Members must be paid, it is only fair that Members of Congress, as federal workers, should share the burden with those affected by the shutdown.”

The 27th Amendment to the U.S. Constitution states “No law, varying the compensation for the services of the Senators and Representatives, shall take effect, until an election of Representatives shall have intervened.”

Its purpose is to prevent members from providing themselves with immediate pay increases. It has also been interpreted to mean that members must still be paid during the shutdown. As a result, many members of Congress have asked that their pay be withheld until the government re-opens.

Whether federal workers will be paid for days that they are on furlough has been a point of discussion. On Saturday, legislation that Davis cosponsored to provide back pay to federal workers regardless of furlough status passed the House by a vote of 407-0.