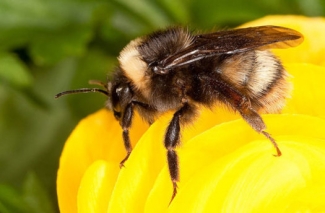 October 24, 2018 (Sacramento) - Four types of California's native bumblebees could be wiped out if nothing is done, according to conservation groups that this week petitioned the state to put the bees on the state endangered species list.

Experts say bees are in big trouble because habitat has been lost to housing and agriculture.

Kim Delfino, California program director of the group Defenders of Wildlife, adds that many bees are vulnerable to diseases carried by non-native species brought in for pollination, and to a class of pesticides called neonicotinoids.

"The thing that's really tipped them over the edge is the widespread use of certain pesticides,” she states. “You know, when a pesticide is applied, it takes everything out including the beneficial insects like native pollinators like these bees."

Delfino notes that the Crotch bumblebee has declined by 98 percent from its historic numbers. The western bumblebee declined by 84 percent, the Suckley cuckoo bumblebee is down by more than half and the Franklin's bumblebee hasn't been seen since 2006.

Opponents of the listing say the pesticides are important to modern agriculture.

Delfino praises a bill passed by the State Legislature to make money available to help landowners put in bee-friendly plants, but she says voluntary measures like that just aren't enough.

"It would be looking more closely at activities like pesticide application, on how they're impacting pollinators,” she states. “It would be promoting greater restoration efforts in native bee habitat."

The Fish and Game Commission has 90 days to decide if there is enough scientific evidence to warrant further consideration. Then the commission will start a year-long scientific review to decide if listing is warranted.