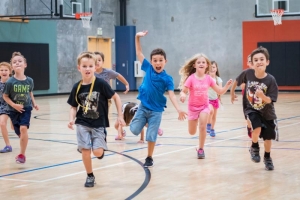 August 28, 2018 (La Mesa) – Construction is nearing completion in La Mesa on the newest clubhouse to be operated by Boys and Girls Clubs of East County (BGCEC). The new Brady Family Clubhouse will house the Gagon Academy, a state-of-the-art learning center and homework room, as well as the Bill Walton Gymnasium. Opening day is expected sometime in late September or early October, according to Forrest Higgins, CEO of BGCEC. 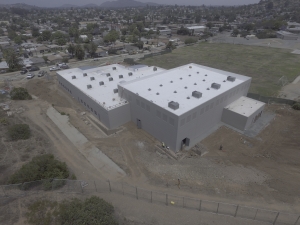 “Our dream will soon become a reality, but none of it would have been possible without a dedicated commitment and participation by our local community,” said Higgins. “It’s a textbook example of community collaboration. I can’t emphasize enough how much the community’s support has made a difference and played such an important role in building a new standalone clubhouse that will serve children for generations to come.”

The new 26,000-square-foot clubhouse, largest of the six BGCEC facilities in the East County, is located past a sports field on the west end of the La Mesa Arts Academy (LMAAC), previously known as La Mesa Middle School. On the east end of LMAAC is BGCEC’s existing Brady Family Teen Center. Between the two youth centers, about 200 children a day, ages 5 to 18, will attend for after-school recreational activities and learning, BGCEC officials said. 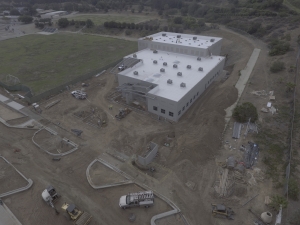 A capital campaign launched in 2012 has raised about $9.4 million, which included $3 million from La Mesa residents Ron and Mary Alice Brady, owners of the Brady Companies, a construction firm, and another $3 million from the estate of the late Eleni and Wolfgang Gagon of San Diego, who were real estate investors. Groundbreaking ceremonies for the facility were held in July 2017. 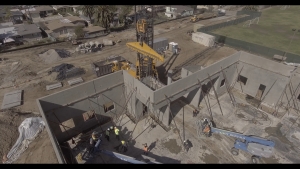 “I’m very proud to hear about how smooth the construction has gone over the past year and the coordination between the many community entities has been outstanding,” Brady said. “Very soon, the construction sounds of jack hammers, buzz saws and machinery will be replaced with the joyful sounds of children’s laughter, basketballs being dribbled on the court and friendships being made. We’re so proud of the work of the Boys and Girls Clubs. They’re providing a safe environment so children can grow up to be their best and learn importance of personal responsibility and accountability for their own lives.” 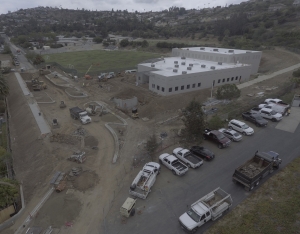 Among the youngsters planning to enjoy the new Brady Family Clubhouse will be some of the 1,200 students attending LMAAC, a public school for grades 4-through-8 that’s operated by the La Mesa-Spring Valley School District (LMSVSD). Students in physical education (PE) classes will use a 10,000-square-foot gymnasium, named after Bill Walton, La Mesa native and former professional basketball player.

According to LMSVSD Superintendent Brian Marshall, “In our era of limited resources, the Boys and Girls Clubs’ new Brady Family Clubhouse is a terrific example of community partners working together to serve our local neighborhood. We had the land, but no capital, while they had the capital, but no land. So, it’s a win-win for everyone.” 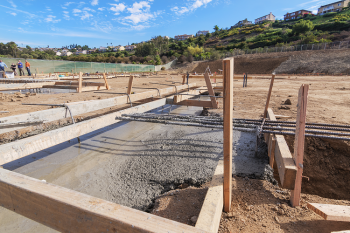 LMAAC Principal Beth Thomas said, “For several years, our students have enjoyed the after-school use of the teen center on our east end. Now, with the new clubhouse on our west end, we will see a continuum of activities as an extension of our school.”

Also benefiting from the new Brady Family Clubhouse will be youth soccer players from Region 89 AYSO (American Youth Soccer Organization) who practice and play games on the school’s grassy fields. A 400-square-foot corner of the Brady Family Clubhouse has been reserved as a snack bar for AYSO games. Also, families will be able to use the clubhouse restroom facilities rather than porta-potty rentals.

The City of La Mesa also lent its support to the BGCEC project with road improvements, including construction of a new entryway into the clubhouse from Olive Avenue and a driveway accessed by a church.

Yvonne Garrett, La Mesa City Manager, said, “The City of La Mesa has been working to improve West La Mesa by investing in our streets, sidewalks and undergrounding utilities. The new Brady Family Clubhouse is one more key investment. The partnership between the Club, the La Mesa-Spring Valley School District, Windsor Hills Community Church and Helix Charter High School has created an opportunity to energize this neighborhood, improve vehicle, bike and pedestrian circulation and create a wonderful place for kids to be kids.“

Jeff Manchester, the city’s engineering project manager, said about $6 million was spent from a state government Active Transportation Program (ATP) grant to install missing sidewalk segments along Olive Avenue, extend Junior High Drive and provide the entry road to the clubhouse. “The project provides critical access to the new Boys and Girls Club facility, additional parking for sporting events and the La Mesa Arts Academy and safety enhancements at the church driveway and entrance. We were able to promote better active transportation modes and make it safer for kids to walk to school.”

County Supervisor Dianne Jacob also got involved by allocating $170,000 in public funds for the installation of energy-efficient solar panels. Grants to BGCEC were provided over a two-year period from the county’s Neighborhood Reinvestment Program, which awards monies to public agencies or registered charities. Higgins said the savings in lower electricity bills from the solar panels will help provide additional programming and services for children visiting the clubhouse.

“It’s an honor to support efforts that strengthen families and expand youth activities that give East County children more after-school options,” said Jacob. “I am thrilled to be part of the partnerships that have given the community this new facility.”

“The new clubhouse will be a catalyst to help change the entire western La Mesa area,” said La Mesa Mayor Mark Arapostathis, who also is a co-founder of LMAAC and the director of theatre arts at the school, as well as director of Peter Pan Jr. Theater and C. Hook Theater. “When the doors open on the first day, the impact on our youth will be tremendous and immediate.”

The Gagon Academy was named in honor of Eleni and Wolfgang Gagon, who built a substantial real estate portfolio after investing in apartments and renovating properties in San Diego’s Golden Hill and Kensington communities in the 1970s and 1980s. A difficult childhood complicated by the pressures of World War II drove Eleni Bukuvalas and Wolfgang Gagon from their respective native countries to San Diego, where they met and were married in 1971. Wolfgang, originally from Germany, passed away at age 60 in 1997, and Eleni, originally from Greece, passed away at age 83, in 2012.

Furthering education and academics in young people was a focus for the Gagons, according to Beth LeFriant, estate trustee and family friend. “The Gagons were immigrants, educators and lifelong learners who pledged their philanthropy to educating young children,” LeFriant said. “They both overcame extreme hardships in their lives and that’s the lessons for these children. Life doesn’t always go your way. But you can survive it with hard work and a good education.”

The capital campaign to build the Brady Family Clubhouse has been BGCEC’s fourth successful fundraising effort in 12 years, said Higgins. In 2006, the Brady Family Teen Center opened, followed by the opening in 2007 of the Conrad Prebys Clubhouse in Santee. Then, in 2011, the Conrad Prebys Clubhouse Complex and Teen Center in El Cajon was remodeled. “Thanks to collaboration and partnership in our community, we have been able to fulfill our mission to enable all young people, especially those from disadvantaged circumstances, to reach their full potential as productive, caring and responsible citizens,” Higgins said.