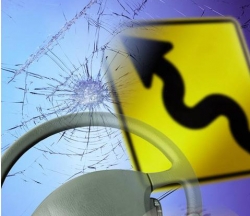 The initiative would allow car insurance companies to offer a “continuous coverage” discount to new customers who switch from one insurance company to another. But it would also give insurers free reign to jack up rates dramatically for anyone whose insurance lapses for 90 days—such as drivers who are hospitalized for an extended period, active duty military, or people who have lost jobs and can’t afford premiums.

Proponents argue that the initiative would increase competition, leading to lower rates and reduced premiums, while offering consumers more choices in coverage. Opponents say those arguments are deceptive. Harvey Rosenfield, author of Prop 103, filed a lawsuit in Sacramento County Superior Court asking to have “false and misleading” statements made by the Yes on 17 campaign removed from voter guides. Those statements include a claim that soldiers living in the U.S. are exempt fro the surcharge, and a claim that Californians are already charged using continuous coverage factor that the proposed initiative would create. Rosenfield’s lawsuit chares that the surcharge Mercury wants voters to approve is currently illegal.

The initiative’s title, Continuous Coverage Discount Initiative, is misleading, says Consumer Watchdog. If the initiative passes, you could be hit with a large surcharge if your insurance has lapsed for 90 days or more in the past five years for any reason, other than overseas military service. So if you’re a soldier who has transferred to another base in the U.S., perhaps leaving your car behind temporarily, Mercury wants the right to deny you insurance when you reapply.

Mercury has also been accused of discriminating against people in 26 different occupations ranging from ironworkers to dancers, who are all ranked “unacceptable” for home insurance.

The San Jose Mercury News, in a strongly worded editorial, said Prop 17 won’t benefit drivers, adding, “The competition is on this year to see which company—Mercury Insurance or PG&E—is responsible for the worst abuse of California’s initative process. PG&E’s $28 million assault on potential competition through Proposition 16 will be tough to top, but Mercury Insurance is doing its best. It’s pumping $3.5 million into the campaign to convince voters that Proposition 17’s change in insurance regulation is in their best interests. Don’t believe it.”

Attorney General Jerry Brown has changed the language to describe the June ballot measure. The new summary for voters states that the measure would let insurance companies raise auto insurance premiums on drivers based on their coverage history. The change came after the San Francisco Chronicle reported that the bill would let insurers impose surcharges banned under Prop 103.

The measure is supported by the California Chamber of Commerce, Small Business Action Committee and leaders of the California Senior Advocates League, California Taxpayer Protection Committee, and American GI Forum of California. It is opposed by John Garamendi, former California insurance commissioner, and John Van de Kamp, former attorney general, as well as by leaders of Consumer Watchdog, Consumers Union, and VoteVets.org.

“The competition is on this year to see which company—Mercury Insurance or PG&E—is responsible for the worst abuse of California’s initative process.blu-ray ripper
blu ray to mkv
ipad converter