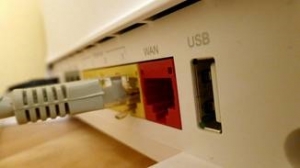 PHOTO: More than 60 organizations have sent a letter calling on Congress to remove a rider in its budget bill they claim would block the FCC from implementing net neutrality rules. Photo credit: Sean MacEntee/Flickr Commons.

They're protesting a rider attached to a must-pass government funding package. Timothy Karr, senior director of strategy, is with the group Free Press. He says the provisions, buried inside a spending bill that's 150-pages long, would cut funding the Federal Communication Commission needs to enforce net neutrality rules.

"This is one of the more sneaky ways to do it, is to actually slip a couple lines of language into a budget appropriations bill," says Karr.

Advocates claim that by eliminating the FCC's ability to protect net neutrality, the appropriations bill would have a chilling effect on First Amendment rights and the economy. The American Library Association, the National Hispanic Media Coalition, the American Civil Liberties Union and the Electronic Frontier Foundation were among the groups sending the letter.

In February the FCC responded to nearly four million public comments when it decided to protect the openness of the Internet - no fast lanes for corporations and slow lanes for average citizens. Karr says since the ruling, an entrenched phone and cable lobby has worked to punish the FCC in the courts and now in Congress.

"The public, on the issue of net neutrality, has been overwhelmingly in favor of open Internet protections," says Karr. "So we're seeing the backlash of that decision."

Karr adds that the funding package is inching closer to a vote before the full House, but there's still time for members to remove the provision.