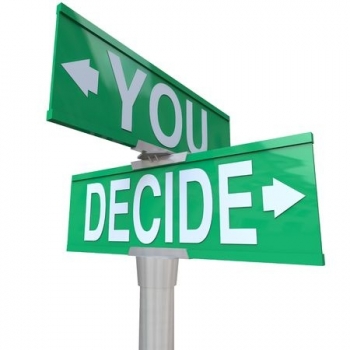 Under a community choice energy option, also known as community choice aggregation, energy companies such as San Diego Gas & Electric Company (SDG&E), Southern California Edison and Pacific Gas and Electric no longer operate as monopolies. Instead they compete against cities or counties that buy power and sell it to residents.

Nobody is forced to make the switch; each ratepayer has the choice to change to the community choice alternative if their community offers one, or stay with the utility company. In Solana Beach, about 92% of all residents and businesses opted for the city’s community choice option, with only 8% choosing to stay with SDG&E, 10 News reports.

SDG&E ratepayers pay among the highest utility rates in the nation. This summer, many SDG&E ratepayers were hit with hefty rate hikes as new high usage charges kicked in – with some households paying hundreds of dollars more per month.

San Diego’s Mayor Faulconer, in his October 25thannouncement, stated, “I want San Diego to lead this region into a cleaner future.”  The Mayor adds that community choice will save consumers money and help the city meet state goals ahead of time, specifically, to attain 100% percent of electricity from renewable sources by 2045. An estimated 1.5 billion pounds of carbon could be eliminated from San Diego’s skies by making the change to community choice, according to an editorial in the San Diego Union-Tribune authored by local environmental leaders and community choice advocates. The action will require approval by the city council, though it’s widely expected to move forward.

SDG&E which formerly opposed community choice options, recently announced it wants to exit the power production business and focus solely on maintaining power lines and other infrastructure.   A press release from the company states that “SDG&E respects the City of San Diego’s right to create a procurement program that best fits its needs.” The utility pledged a “productive, cooperative arrangement” to “help enable the transition”as the city charts a new course for purchasing electricity. The company assured that it will continue to offer a “safe and reliable power grid to deliver energy to al customers.”

The company said it does not anticipate any major financial impacts from the new competition anticipated to be rolled out by 2021 in San Diego.  By law, utilities in California are prohibited from profiting off of sale of energy that they purchase for their customers.  So SDG&E’s profits derive primarily from building, operating and maintaining energy infrastructure systems such as power lines and substations – and even community choice supporters agree with the state’s decision that for grid stability, utilities should still maintain the infrastructure.

Entering into long-term power purchase deals no longer makes sense for SDG&E, given that many of its customers may soon opt to buy power elsewhere through community choice programs, SDG&E’s vice president of government affairs, Mitch Mitchell, wrote in a November 14th letter to State Senator Ben Hueso, who chairs the state Senate Committee on Energy, Utilities and Communications.

Ratepayers who opt to switch from SDG&E to a community choice option would be charged an exit fee, which the state allows in order to prevent utility company’s customers from being forced to foot the bill for those who leave.  The company is asking the California PublicUtilities Commission to boost those fees, which SDG&E estimates under its proposal would rise from 2.5 cents to 3.3 cents per kilowatt hour. That’s $16.50 a month for a residential customer who uses 500 kilowatt hours a month, the San Diego Union-Tribune reports.

SDG&E also wants to be allowed to sell off its long-term power contracts to the state and have California create a state-level electrical procurement entity. Senator Hueso, whose district includes southeastern San Diego County, has introduced a bill to do just that, Voice of San Diego reports. Under SDGE’s plan, the state would fully compensate utilities for fossil-fuel powered generating plants, even as the tate has committed to produce power only from clean, renewable resources.

Matthew Freedman, an attorney with the Utility Reform Network representing ratepayers, says SDG&E’s motives are “not pure” and criticizes the proposal.

Locally, the city of San Diego’s landmark move toward creating a community choice energy alternative has drawn both praise and skepticism.

The Clear the Air Coalition is a group of primarily business leaders arguing that the city should carefully weigh the option before making a decision.  The group’s website derides community choices programs as “government controlled energy programs that shift risk away from investors and saddle it with taxpayers.” The group, whose members include a Sempra Services executive, claims rates could rise and argues that places that have established community choice energy programs have largely used existing energy sources, not invested in building new ones.

But leaders from the Climate Action Campaign, the climate action group SanDiego350 and Grid Alternatives San Diego state in an editorial published in the San Diego Union-Tribune that in the nearly 20 community choice programs already serving millions of customers in California, “across the board, the lights have stayed on, the electricity choices have gotten cleaner and consumers have saved money.”

As for plans to create a community choice program in the city of San Diego, the environmental leaders concludes, “For the first time, SDG&E will have a competitor in part of its business—and consumers should reap the benefits of that competition.”

SDG&E will also charge a monthly fee for allowing another energy provider to use it's transmission lines. If one is a very low electricity user, such as I am (typically $20 to $30 per month average) that extra fee will negate any potential savings by switching to an alternative energy source.