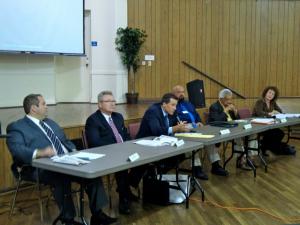 October 5, 2010 (La Mesa) – La Mesa residents got a chance to see a different side of the City candidates last night, when the La Mesa First United Methodist Church invited them to a forum on social issues, in what has become a Church tradition for the last three election cycles.

The Church, which has ministries that work with the homeless, youth and seniors, brought forth their observations of the growing needs of these groups, and asked the candidates what they would do to meet these needs.

They stated that since the economic problems began, they have see a shift to more and more families that need help, compared to what used to be largely single men. They asked candidates what they would do to meet the needs of the growing homeless population, and how they would work to increase affordable housing opportunities for families and seniors in the Community.

Regarding youth, the Church’s ministry works to provide opportunities to engage youth and keep them out of gangs and crime, thus they asked candidates how they would prioritize youth in the coming budget years.

On the issue of seniors, the Church’s ministry noted that La Mesa has the second highest population over sixty years in the County, with over 21.1% of its residents in that age category. The Church donates its van one day a week to the City’s Rides4Neighbors program, in which volunteers are trained and insured to give rides to seniors and disabled in “that spirit of community and old-fashioned neighborliness.” They asked candidates what programs they would support to address gaps in transportation, as well as what they would do to meet new greenhouse gas targets the state has set for the City.

As might be expected, the Mayoral candidates took opposite approaches. 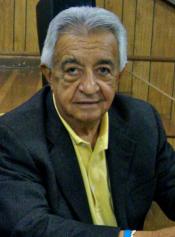 Incumbent Art Madrid reflected on current employment rates, saying that unfortunately “this is the new normal.” He said that “homelessness is offensive to a lot of people,” but noted that “many are veterans and it’s a shame the way we treat them.” He spoke of the City's partnership with Father Joe a few years ago on a shelter in La Mesa, as well as Community Development Block Grants the City has given to support programs for the homeless. He said “the greatest resource of the City is its people,” and referred to efforts he helped initiate to engage residents in these issues, such as the Rides4Neighbors program, the Youth Advisory Commission, and the Commission on Aging. Madrid said that having established working relationships brings the opportunity for grant money, such as the New Freedom Grant that became the seed money for the Rides4Neighbors program, as well as an additional $100,000 the program received through a good working relationship with Grossmont Hospital. He also spoke of the importance of parental role modeling, and his opposition to the legalization of marijuana, which he called a “gateway drug” that kids start with. 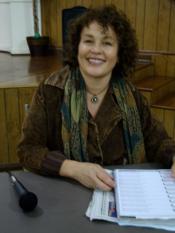 His challenger, Laura Lothian, emphasized instead what she called a “lean, mean machine kind of thing.” She stated, “People help people, not looking for the government to take care of it.” She was critical of affordable housing, calling it a double-edged sword. “People appreciate what they’ve earned more than if you give it to them,” she said, stating that if you go back a year after affordable housing is built, crime will be up and the building will have deteriorated. Regarding youth and crime, she said she wanted “police to hover around the schools as they let out,” and “have kids on detention clean up and take care of the grounds” at school. She said she drives a golf cart around town, and “would love to see charging stations for golf carts” around town to encourage more people to use them. She would also like businesses like Grossmont Center to send vans to pick up seniors, which she called a win-win situation. In an earlier interview by La Mesa Patch, Lothian has stated while she doesn’t condone marijuana use, she is in favor of legalizing it.

The City Council candidates each answered the questions consistent with earlier themes they have been campaigning on. 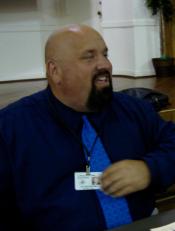 Incumbent Mark Arapostathis took a philosophical approach, stating that La Mesa is fortunate to have the services it has. “I think the way we frame it is, if things are safe for our children, they’ll be safe for the rest of us.” He called homelessness “a symptom of the most severe problems,” saying that funds are at the County and “it’s up to the City of La Mesa to tap into the County, because it’s your funds.” He said that as a teacher he knows the importance of schools, which have a role as “the nucleus in a child’s life.” He said that he is a leader in two organizations that teach character and leadership, the Peter Pan Junior Theater and C. Hook Theater, and praised the City’s Community Service and Youth Advisory Commissions for teaching this as well. Together with his Council colleague Ernie Ewin, Arapostathis has been exploring how to expand Neighborhood Watch into areas such as earthquake response; it may have the potential to help neighbors get a ride as well. Arapostathis spoke about local students participating in International Walk to School Day on Wednesday as part of a Safe Routes to School program, noting that the program provides funding for infrastructure such as sidewalks, from which everyone benefits as well. 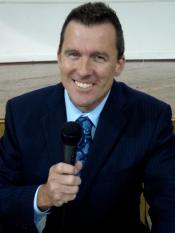 Patrick Dean said he was “not happy about income inequality that is getting bigger and bigger.” Dean saw affordable housing as an important element in all three questions. “We need to build more affordable housing so we can have a rich community life,” he said, in that it gives parents the opportunity to have jobs closer to home and spend more time with their kids. “We need to increase population density. I think that ties us all together so we have better sidewalks, an environment that makes you feel like walking, green spaces and community gardens,” Dean stated. “All of those work together to get us transportation. All of those will have the biggest impact on seniors’ lives. The Council needs to do the hard work of selling it; it’s a hard sell,” he said. 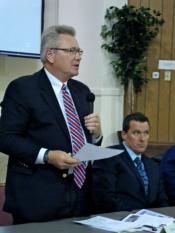 Incumbent Ernie Ewin arrived during the second question, after attending a previous Eagle Scout ceremony. Like Madrid, he drew attention to the importance of volunteers in the current economy, saying, “I think that’s what it’s going to be going forward.” He recommended the City’s teen website created by the Youth Advisory Commission. Ewin, who represents the City at the Metropolitan Transit System (MTS), said that we have identified our main transportation corridors so that future development can be addressed appropriately. “Smart growth is putting housing where transit is,” he said. In earlier candidate forums, He elaborated on previous statements that City issues are something they address every day, saying that “Being on the Council is not a destination, it is a journey that goes on.” 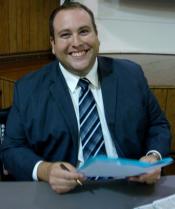 Ian Shiff went on the attack, criticizing crime rates, saying, “I don’t know what’s happened in the past, but I know what’s happening now.” He stated, “This City Council doesn’t know how to stretch a dollar,” and promised that if the crime rate is not lower in four years, “I will not run for reelection.” He suggested the solution to homelessness lies in talking with them. “Just because they don’t own a home doesn’t mean they aren’t part of the community,” he said. Regarding youth and crime, he said “We have to do more with less; we can save money more wisely.” He stated that police are among the lowest in the County so he would save other places, and he wants more money for parks. Addressing senior transportation, Shiff stated, “I am in favor of any program that decreases senior costs.” A largely senior audience laughed when, thinking creatively on the spot, he suggested volunteer youth drivers might be the solution to senior transportation problems.

Candidate Kevin Rynearson did not attend the event. Byron Reed filed papers to run, but has not campaigned or participated in candidate events.