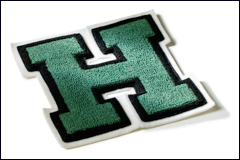 Those issues centered around misconduct allegations involving Helix personnel, including several incidents of sexual misconduct involving teachers and students, as ECM has previously reported. Most recently, the District had initiated procedures to revoke the Helix Charter the Helix had responded by filing a lawsuit against the District.

GUHSD Board President Robert Shield states, “I appreciate all of the effort the Helix Board has invested in arriving at a positive conclusion for the students, parents, and the rest of the Helix community. I am convinced that the Helix Board members are strong advocates for quality education at Helix. This agreement represents a new era of leadership. I am pleased to support a five-year renewal of the Helix Charter.”

Helix Charter Board President Brian Kick states, “We are pleased to be moving forward and desire to build a positive working relationship with the Grossmont Union High School District. I am optimistic that this will significantly benefit our students. The Helix Board will make certain that our future Executive Director continues our tradition of excellence and innovation in education.”

Under the settlement, Smith will serve as a teacher on special assignment from July 1 through December 31 off campus, with half of his salary. Helix will immediately begin recruitment of a new executive director. The District will have the right to place a representative on the Helix interview panel.

The District’s Board of Education will approve renewal of the Helix charter for five years starting July 1st. The district and Helix also agreed to a compact for positive relations with a goal of building a stronger collaborative relationship. All Helix employees will be required to sign a statement acknowledging their responsibilities under the Child Abuse and Neglect Reporting Act and Helix will allow the District access to view student records for oversight responsibilities.