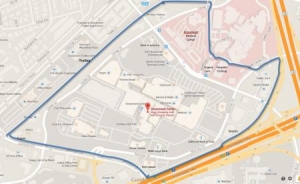 January 28, 2015 (La Mesa) – At his first City Council meeting with a full agenda, recently elected Councilmember Guy McWhirter joked that he used to think the meetings were boring and overly lengthy and dreamed of better efficiency. But after attending a League of California Cities course for newly elected representatives, he’s learned why this format is necessary to allow for full public participation and disclosure.

Two presentations of particular interest could have significant impact on their parts of town, namely a presentation by the Cushman family about their vision for redevelopment of Grossmont Center, and a staff report on a study investigating the possibility of building a parking building in the Village.

Steve Cushman presented both the history as well as future possibilities for the 125 acres his family has owned for more than 100 years now.

Their combined commercial properties run all the way from the trolley tracks to Highway 8, and Health Center Circle to their side of Jackson Drive. It includes not only Grossmont Center but all the commercial properties surrounding it. The list is long: Grossmont Medical Center, the Urgent Care Center, the parking building for the hospital, Trader Joe’s, the Staples-Guitar Center, Red Lobster, Friar Tux, Arbee’s, Frazees, BevMo, Bank of the West, and 24 Hour Fitness. (See map at bottom.)

All told, their properties bring in approximately 20% of the City’s sales tax revenue.

In the 1950’s the family signed a 50-year lease with a development company that built and ran the shopping center. “We’ve been passive owners enjoying our rent check,” Cushman said, until the lease reverted back to the Cushman family last week.

Cushman emphasized the family’s commitment to the community. The family donated the land to the community on which Grossmont Hospital is built. Regarding the shopping center, “We spend twice what other centers in the area do on landscaping, and will continue to do so. The family is committed to reinvesting in the center,” he said. “Were looking to be a bigger and better part of the community.” The last 18 months they have been renegotiation leases with the tenants in the center, and Cushman reported of 130 leases, over 95% n the center have been renewed.

Cushman said that while the family plans to eventually redevelop their properties, it will occur gradually, piece by piece over time. Altogether they have 1.6 million sq ft of commercial property, which will probably increase under redevelopment.

The first change is underway, with a lease signed for Sonic Burger to take over the parcels now occupied by Arby’s and the car lot next to it.

The family has discussed various possible scenarios, such as residential above the retail spaces. One brother sees housing where CVS is, another thinks they might be better located in closer proximity and access to the trolley station. Because the line runs directly to SDSU, some student housing is another possibility, as well as a hotel where Red Lobster sits. Nothing is set now, and plans are still wide open, Cushman emphasized.

The second issue of significance at the Council meeting was a presentation by staff on in lieu fees for the Village Parking District. In 2011 a study was done to establish the need, potential sites and estimated cost for a possible parking building in the Village, towards which businesses the parking district might pay a fee in-lieu of providing on site parking.

The process has been lengthy, and has been sent from Council to Parking and Planning Commissions for their recommendations. The project was put on hold for a couple of years pending the results of the eventually unsuccessful attempt to create a Village Business Improvement District, and is now finally circled back to Council for its consideration.

Councilmember Kristine Alessio started the discussion off, saying she doesn’t like in lieu fees. “We don’t know if Park Station will be part of the Downtown Village Plan or not,” she said. “The effect. We don’t know what they will do, which may effect how we feel about our current downtown parking district,” she continued. While Park Station remains in the Village Specific Plan, it sits outside of the parking district.

City Manager Dave Witt said that as things exist now, should anybody build or add on in the village they would have to provide parking on their own property. “This is the ability to take the downtown to the next level. But it is new, and a bit scary.”

In the end after lengthy discussion, it was agreed that while the report is too recent to require an expensive new study, updated figures will be sought. The hearing was left open and staff will bring the issue back to Council on March 10. 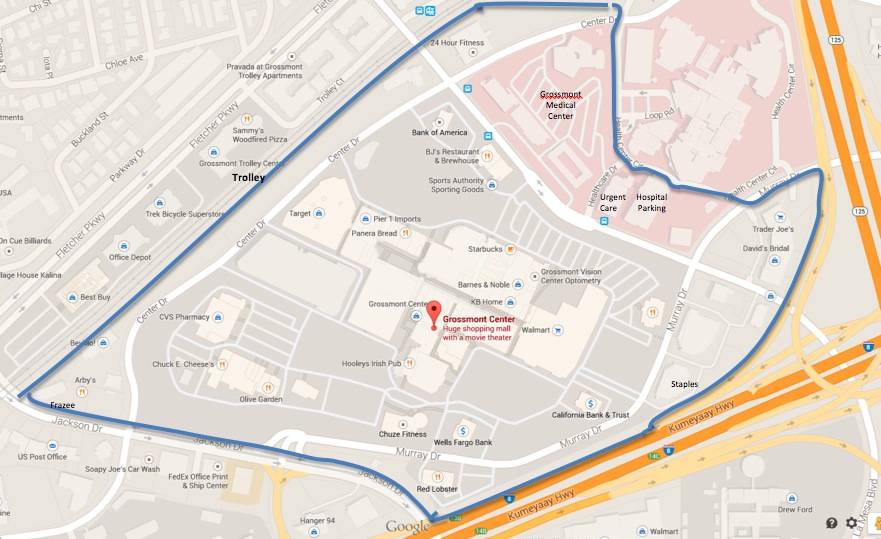 Wish Mr. Cushman had gotten us an "In & Out Burger" instead but that franchise does so much business and is so popular no one would be able to get in or out at that intersection!