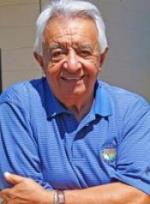 Here is the text in full.

Good Afternoon and a Happy New Year to everyone in La Mesa!

My special wish is for a healthy and happy New Year for my Council Colleagues; Vice Mayor Ruth Sterling, Dave Allan, Dr. Mark Arapostathis and Ernie Ewin. Also to every city employee including our City Manager Dave Witt and his management team, City Attorney Glenn Sabine, and my other elected colleagues, City Clerk Mary Kennedy and City Treasurer Bud Vogt.

Let me begin by thanking the voters of La Mesa for the honor of being elected as their Mayor for the sixth time, I am humbled by this privilege! The trust and confidence bestowed on me is something I cherish and respect each and every day; in my opinion, there is nothing more worthy or rewarding than serving your fellow man. I also want to congratulate Dr. A and Ernie Ewin on their re-election as councilmembers.

In preparing for this year’s annual “Audit Report,” I am challenged by how I can convey to this council, city employees and residents the seriousness of the financial and social challenges we face at the regional, state and national levels without sounding pessimistic, hopeless or trivializing a potential crisis. We are still struggling to come out of the worst economic recession since the great depression that has left a disastrous trail of failed businesses, broken dreams and shattered families in its wake.

At the state level, newly elected Governor Brown has inherited a $28 billion dollar budget deficit; absent a permanent solution in resolving this ongoing problem, the annual budget deficits through 2015-16 will be $20.3 billion dollars per year. Even though local governments provide the greatest level of vital services on a daily basis to all residents, it’s evident by the Governor’s ongoing remarks that local government’s assets, resources and revenues are part of his budget solution. However, the passage of Proposition L by the voters in 2008 will enable us to continue providing the levels of quality services currently enjoyed by our residents.

Other cities in the region, and throughout the state, aren’t as fortunate; they have insurmountable budget deficits that run into the tens of millions of dollars, their service levels are either reduced or cut and employees furloughed or laid off. We are truly blessed to live in a community such as ours! Just look around you, new or recently completed public facilities and ongoing infrastructure construction improvements in every category.

The differences between La Mesa and other cities, if one were in a low flying airplane, may appear to be subtle, but at ground level there is no denying that you can see, feel and even touch the intangibles which sets us apart from other jurisdictions. It starts with our residents, the young, middle-aged and seniors with their collective passion to be an integral part of the community.

The members of our Boards and Commissions are classic examples of civic engagement. At one end we have our award winning Youth Commission and at the other end of spectrum is our Commission on Aging who continually find new ways of helping their peers. The remaining twelve other commissions’ members are equally valuable and provide a critical service to the daily operations of the city. It’s also important to recognize the Retired Senior Volunteer Patrol members who daily cruise our city streets and serve as an extra pair of eyes and ears which helps all other public safety agencies.

In spite of the many challenges we faced in 2010, it was a very good year for La Mesa. We saw the completion, dedication and occupancy of the new Police Department Headquarters, followed by a community wide open house which was attended by over 2,000 thousand community members. Not only is this new facility equipped with advanced communications systems, it is also the new home of the storefront operations center which enables the police department to better serve our residents.

The same bond measure, Proposition D, which funded the construction of a new Fire and Police Stations also provided funding for a major remodeling of Fire Station 13; every public safety facility in the city is new, near new or recently remodeled. We have a state-of-the-art library which far exceeds every other library in the system in pre capita use by square foot of space; to say that it needs to be replaced is both disingenuous and a disservice to everyone at the city that worked tirelessly in acquiring the necessary land and funding to construct it in the first place.

Our laundry list of other significant accomplishments during 2010 is equally impressive. The following are a few representative examples of these successes:

In 2009 we formed a committee to start the planning process for our 2012 Centennial Celebration which will commence in 400 days, 8 hours and 21 minutes from this very moment. This committee has met monthly during 2010 and the results thus far are remarkable. Several important tasks have been completed; the creation of a speaker’s bureau with a well designed power point presentation and the establishment of numerous subcommittees with specific responsibilities. I’m pleased to say that the Finance Committee, chaired by Councilmember Ewin, has raised over $35,000 of what we anticipate will ultimately be a six figure budget to help fund this year long celebration.

While the construction industry faded from the region in late 2007; 2010 was a phenomenal year for construction activity in La Mesa. 380 building permits for new residential, commercial construction and additions to existing homes were issued. The total building permit valuation was $11,464,600. This level of activity represents a 62% increase from that of 2009.

The long anticipated Downtown Redevelopment activity has taken several steps forward by working with a broad-based Steering Committee comprised of Downtown Village businesses and property owners. The evaluation and feasibility of creating a special financing district, which is the first step in the formal establishment of a Property Based Business Improvement District (PBID), was discussed and tentatively agreed to move forward subject to another informational meeting. The decision on the creation of such a district will determine if the city will proceed with its intent to invest approximately $5 million dollars as its part in public improvements including new streets, sidewalks, lighting and related infrastructure upgrades.

La Mesa’s “…ready, set Live Well” initiative continues to work with schools and community organizations by focusing on those factors which contribute to childhood obesity and childhood diabetes. The council’s approval in creating a Community Garden is moving forward, when completed it will serve as another tool in promoting healthy eating.

The list of showcasing valued city programs, improvements or activities during 2010 is endless, but it’s important to report two other successes. The Police Department’s new K-9 Program with Officer/Handler Derek Cox and his K-9 partner “Max” are now an integral part of the department’s critical work in “sniffing out” and locating illegal drugs, they also assist allied agencies in doing the same type of work.

Another success story is our Rides 4 Neighbors program. The ability for older adults and people with disabilities to be transported to their respective medical appointments and/or shopping needs has opened a new dimension for many homebound seniors. Based on the 2010 trip count, it is anticipated that in 2011 over 6000 one-way trips will be provided to users of this service.

The well respected and highly regarded Management Expert, Peter Drucker, once said: “If you can’t see the future, invent it.” In the last several years, the La Mesa City Council, City Manager Dave Witt and his management team have become disciples of that principle.

The consolidation of Fire Services with two other Sister Cities was Council Member Dave Allan’s vision and now our “Poster Child.” The efficiencies of providing this service and the cost savings demand that we continue this trend. Last year, I suggested the ideal list of merger candidates for these types of consolidations with other jurisdictions.

In light of the Governor’s recent proposed budget cuts, which will certainly have a negative impact on local government’s ability to maintain their current service levels, it is imperative that we chart our own destiny rather than permit others to do so.

It is premature to identify all merger or consolidation candidates until we fully understand the details of the Governor’s budget proposal, however, three such candidates quickly come to mind, the police department’s dispatch and our animal control services. We should also examine the merger possibility of our Retired Senior Volunteer Patrol program with other like programs in the region. To that end, I will be recommending to the council the creation of a council sub-committee to explore these ideas, and later as appropriate, creating a task force of local governments in the East County Region to explore this concept further.

Finally, the shooting rampage that recently occurred in Arizona is a vivid reminder that all of us, elected or not, are impacted by the results from hostile rhetoric that seems to be occurring more frequent than ever before.

For the present, I ask that our thoughts and prayers be with those injured or deceased. I will be adjourning this meeting today in their memory and honor.

Tonight when we all go home, we should hug our family and loved ones because we don’t know what lays ahead for us tomorrow.

My thanks to all of you for your ongoing support and for what you do for your community.

Thanks for the info.