A Lifetime of Learning the City from the Inside Out 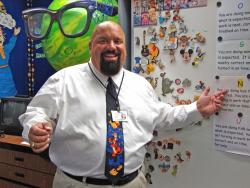 In Part VI of this series on election races in La Mesa, East County Magazine spotlights Incumbent City Councilmember Mark Arapostathis. For this series we asked all candidates the same set of questions on local issues, with an open invitation to bring up anything else they would like to discuss at the end of the session.

September 26, 2010 (La Mesa) -- Incumbent Councilman Mark Arapostathis, 43, is a hometown boy and local teacher who knows the city from the inside out. He was born and raised in La Mesa, went to Lemon Avenue Elementary, La Mesa Middle School and Helix High School, earned his B.A., M.A. and PhD in education locally, and has spent his entire career teaching since 1991 in the La Mesa-Spring Valley School District. He currently teaches second grade at Rolando Elementary School.

He has been an active volunteer in the community since his high school key club days, and has played a leadership role in the development of La Mesa’s cultural enrichment, as a founder of the Sundays at 6:00 summer concert series in Harry Griffen Park, a founding member and past President of the La Mesa Arts Alliance, and four years s a La Mesa Community Services Commissioner. He currently serves as the Director of the Peter Pan Jr. Theater/C. Hook Theater, of which he has been a member for 34 years.

“Dr. A,” as he is known, views his seat on the City Council now as a natural continuation of this community service. “I don’t want the public to ever think the City belongs to anyone but them. I’m a member of the community first, and a City Council person second,” Arapostathis told ECM.

He said the number of hours he puts into the job varies from week to week depending on what is needed. “Some weeks you can put up to 60 hours, making home visits, working with City staff. I feel that the Council is the connection from the public to City staff. When you see a council member you can voice your concern, and council will take that to City staff,” he said.

He lists Public Safety, Responsible Growth, Traffic and Financial Responsibility as the main issues in the City. 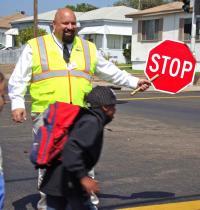 Public safety has several dimensions to Arapostathis, the first of which is to continue to improve Police, Fire and Emergency services. He says crime may have the appearance of being high since the City adopted a policy of sending out press released and other cities do not, however the numbers presented by the Police Department to the Council tell us we do not have a crime surge, and points out that the city has its own four man Special Crime Unit Task Force.

Arapostathis and his Council Colleague have been working as well not only to increase the number of streets enrolled in the City’s Neighborhood Watch program, but also expand the program to include organizing neighborhoods for emergency preparedness, for such eventualities as fire and earthquakes.

Regarding the Village Revitalization project, he said “It has to not only make that the streets flow, but [also] there must be capital improvement so that things look like they were done with a purpose, without pasteurizing the City.”

He sees a need for capital improvements including new sidewalks, lights, and crosswalks to increase walkability so that people can go everywhere they want safely on pedestrian-designed sidewalks instead of, for example, using medians that are unsafe to get from Baltimore to Spring. 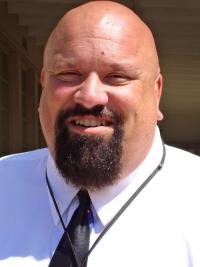 Arapostathis promises to “always look for ways to use our limited city funds wisely” and “always remember that all funds belong to the citizens.” He stressed the importance to “try to build reserves whenever we can. We need to rebuild them back to our 25% goal,“ he said.

One of the largest challenges California cities have faced is pension and benefit obligations and how to remain economically sustainable. He pointed out that La Mesa is leading the way in dealing with this, saying “Currently the employees pay the highest percentage of their retirement in the County, 8% for management and general employees, and 9% for public safety.”

He supports the two-tier system that has been implemented with two of the City’s three employee unions (the third comes up for renegotiations in spring 2011). “There are some take-aways and there’s no way around it,” he told ECM.

He cites on-going Council efforts to increase revenue by marketing the City, while maintaining the culture of the city within the General plan.

A routine background check of court and county records, which ECM does for all candidates for higher offices, turned up nothing except for standard property transactions.

Incumbents Mark Arapostathis and Ernie Ewin are being challenged by Patrick D. Dean, Byron Reed, Kevin Rynearson and Ian I. Shiff in the November election. ECM will be profiling each of these candidates in the coming weeks.

Glad to see a teacher on the council. They add a great perspective of what is going on with the youth. Bingo promotions