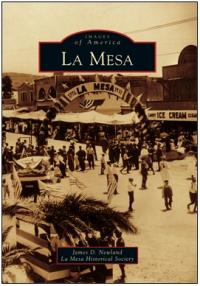 JUNE 17, 2010 (LA MESA) --The new book, La Mesa, highlights the history of the city in over 200 evocative historical images of notable events, institutions, landmarks and individuals in the area.

The book marks the kick off of the 2012 City of La Mesa Centennial celebration, and all author proceeds are being donated to the La Mesa Historical Society, from whose archives the images come.

The area’s history can be traced to the natural springs that attracted stockman Robert Allison in 1869. Allison Springs, later renamed, prospered and grew after the arrival of the railroad in 1889. After incorporation the young city grew steadily reaching 3,925 residents by 1940. Post–World War II, La Mesa exemplified the exponential suburban growth of the region, expanding to the north and west of the old downtown to accommodate 50,000-plus residents by 1980—all were attracted, as today, to the “Jewel of the Hills.” 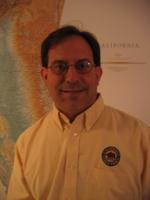 Author James D. Newland is a La Mesa resident, historian and manager with California State Parks, member of the La Mesa Historical Society, and sits on the City’s Centennial Committee.

Newland sees the book serving as an accessible and updated introduction to the City’s history and an inspiration for the upcoming citywide Centennial in 2012. He hopes the book will inspire appreciation and support for La Mesa’s active civic, business, and service communities and its Historical Society, who has worked so diligently to gather, preserve and share their community’s history--an on-going community-minded spirit that has, and continues, to make La Mesa “The Jewel of the Hills.”

The book will be available at area bookstores, independent retailers, and online retailers, or through Arcadia Publishing's website or at (888)-313-2665.