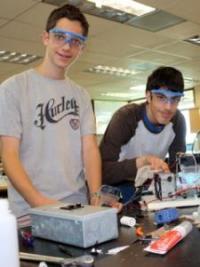 Frank’s project hypothesized that individuals see colors differently based on their age and gender. Frank used an LED light box that employed varying degrees of color to test her hypothesis and found that it was true, especially in men. Frank’s findings have everyday applications in clothing, signage and medicine, and especially in pills that often use color for differentiation. 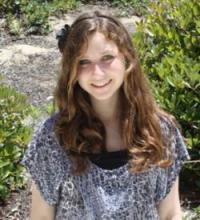 “I have an interest in both biology and engineering, so with this project I was able to combine these two topics,” stated Frank. Next year, Frank will enter ninth grade at SDJA and plans to continue exploring her interests in science. “I look to forward to participating in more science research projects in the near future,” concluded Frank.

Organized by the Society for Excellence through Education (SEE), the annual Gildor Project competition challenges students internationally to collaborate to come up with an original invention that answers a problem faced by society.

Like Southern California, quality of life in Israel is dependant on access to scarce water resources, and so this year students were challenged to develop a portable desalination device operating on green energy. Inventions had to produce water with a pH of 7, remove bacteria, run for at least 45 minutes, meet a flow rate of 25 l/hr and a budget of $2,000 or less.

Kaminski, of San Carlos, enthusiastically described the process of trial and error and the different approaches the SDJA team followed, before arriving at its final device, which is about the size of a banker’s box. The team met officially once a week throughout the school year, and often times worked in the lab daily as well. The end products (student growth as well as their invention) prove the lengthy process was time well spent.

“First we tried sand like in a river, but the speed was too slow to ionize the sand and pull out the dirt. Then we tried using fish tank carbon, then diatomaceous earth and cellulose fiber like for swimming pools. Next the team tried ion exchange resin, but found it was used up too quickly and the end results were inconsistent,” Kaminski said.

What the team finally came up with used vinegar to neutralize the pH before running it through 5 and 1 micron filters, then dividing it into three streams that pass through parallel reverse osmosis membranes, and finally adding some plant food as the end result was actually too clean. The team went on-line to research before hitting upon a mixture of toothpaste and Vaseline to cool their pump.

Kaminski, Colton, Sutton-Smolin and Posnock will go on to represent SDJA at the competition in Rishon le Zion, Israel on July 8.

If young people are given the chance, they will discover unimaginable things. Technology is taken a different dimension & i have been interested in new technology because its amusing and makes the world a global village.

Our cordial appreciation and congrats to this mighty and clever students, from all of us here in timeshare relief we are so proud of you. Keep it up.