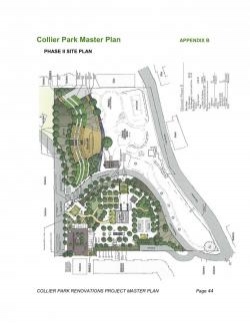 Much of the site is undeveloped, and the new plan makes use of this space, lowering the top of the hill by 20 feet to create a larger usable area. When funding can be found, development will be undertaken in phases corresponding to four project areas: Panhandle, Spring House, History Hill and Collier Club House.

The park was donated by Colonel David C Collier in 1910, and designated Local Historical Landmark #3 by the City Council in 1985. A loved gathering spot for generations, the park has more recently elicited complaints from neighbors about loitering and illicit activities that make it uncomfortable for families with children.

The Spring House, built in 1907 as a bottling plant for spring water, has been closed to the public since 1981 due to deteriorated conditions. At the urging of the Historical Preservation Committee, however, the plan does not remove the building but instead presents three possible scenarios, stating that the “scenarios do not represent any decision or recommendation made or pending on the disposition of the Spring House at this time. In addition, the phasing of the proposed park development could allow the park to be upgraded around the Spring House until such time as funding and/or a determination on the Spring House can be made.” 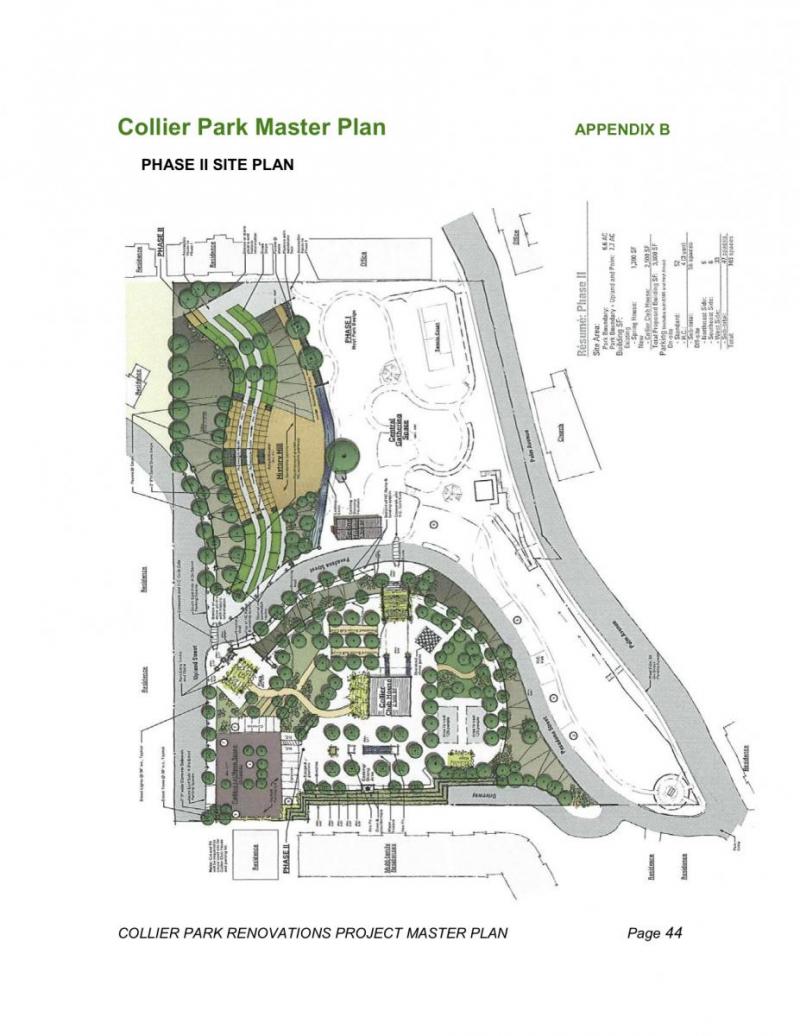