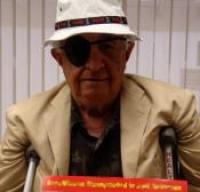 A satirical essay by Lucas Kjaero

East County Magazine invites students to submit their fiction or nonfiction works on any topic of relevance to East County. To kick it off just in time for election season, we launch with this witty piece on voting.

May 26, 2010 (La Mesa) -- The rate at which people vote has been declining ever since the 1900s. However, statisticians have recently announced that at the current rate of voter decline, there will only be five voters left in 2052.

"It's amazing, really, that nobody even bothers to vote anymore. They've all taken statistics classes, so why do they think their vote doesn't matter? It's like everyone slept through the classes, and who could do that?" one statistician was quoted as saying.

However, the same team of statisticians noticed one other major trend in voting. "At the same time that voter rates are declining, complaining about elected officials has gone up," he continued.

This current generation of children has been the most apathetic generation in history, so we headed to a school to interview some of the young adults about voting. We approached one girl who seemed enthusiastic about voting. "Yeah, I'm totally into voting! I voted about five times yesterday! Ryan Seacrest is just so dreamy, I couldn't help it!" When asked about the political elections, she replied "Oh that. It's always about an elephant against a donkey, and really, picking animals is so pre-school." 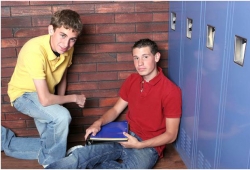 We journeyed deeper, to speak to the student council president, hoping he had voted. He replied, "Aren't all votes popularity contests? And I don't know either of the presidents, so I don't really know which one is cooler. I have to go, football practice is in ten minutes." He rushed off, tossing his perfectly styled hair.

Finally, we found a voter in the school. After we helped him out of his locker, he finally gave us this statement: "Yes, I did vote. After all, this is an important issue, isn't it? Besides, Ron Paul really speaks to me."

The reaction of political figures has been very mixed. A congressman told us "Nobody can get elected without at least one person voting for us, and nobody remembers that we exist anymore. Why does everyone focus on the president and never even remember any of the other seats? Do you even know what my name is?" He eventually kicked us out when he discovered that we didn't. 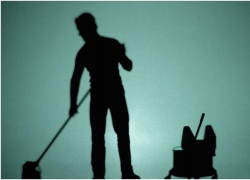 We wandered around the Raeburn Building further, until we finally found another congressman holding a mop. When asked why he was holding a mop, he informed us that he was “trying to experience a day in the life of his constituents." When asked what his platform for next election was, he told us that it involved "Shorter working hours for janitors. After all, in 2052, they could be 20% of the voting population."

Presidential candidates had mixed reactions. Ralph Nader was overjoyed, stating, "Hey, at least this upped my likelihood of taking office. I'll probably still be running for office in 2052 anyway." However, George W. Bush was unhappy, sayi

ng "I wish I could run for office again, but Cheney says I can't."

Several senators have stated that they should just get rid of the voting system, and replace it with an official complaint system. "We just take all the complaints, write them on sheets of paper, put them in a bag on a chicken's back, chop off it's head, and whichever candidate the chicken falls on gets the presidency." The bill is currently stuck in limbo though, until they can get enough people to vote on it.

From La Mesa, this has been Lucas Kjaero, reporting for Student’s Corner.