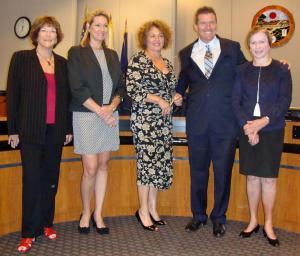 Forum offers candidates a chance to touch on more topics from Parking in the Village, to the Homeless at the Library, to Global Warming.

East County Magazine was there to record so you can hear the candidates in their own words, and we have provided separate video links so you can peruse their responses topic by topic.

Videos of the first Candidate Forum, with questions on a number of different topics, can also be viewed here.

The final public Candidates forum, held by the First United Methodist church, will focus on social issues on October 17 in the Church’s Social Hall at 4690 Palm Ave. They will begin with a meet and greet at 6:30 p.m., followed by the formal program at 7:00 p.m.

What are you going to do for community youth?

What are your ideas for improving downtown La Mesa, and how do you feel about the proposed ordinance that prohibits smoking in outdoor eating areas on the sidewalks?

Parking in the Village

A Parking in Lieu Fee is being proposed to allow redevelopment in the Village while bypassing parking space requirements. Are you concerned that until or unless a parking building is built, this will create problems on residential side streets?

Homeless at the Library

Homeless people hang out at the library. What would you do about it?

To one of the City's Ad Hoc Committees it was stated that 80% of the City's budget goes to personnel costs and capital improvement projects are virtually completely dependent on grant monies. What is your vision of La Mesa's future, and how would you sell the austerity needed to get there?

Global Climate Change, should that be an issues addressed by the city?

Could you name anything that you feel the current City Council is ignoring that you would attempt to correct immediately if you were elected?

What sets you apart?

What issue sets you apart from your fellow candidates, and why should voters pay attention to it?

Describe a time when you were able to change the mind of the majority of a group you were in.

La Mesa's politicians have big plans for our city, but what exactly these entail, and whether or not they should be carried out, depends in no small part on who among the candidates above is elected.

I hope that voters will listen carefully to what they say.