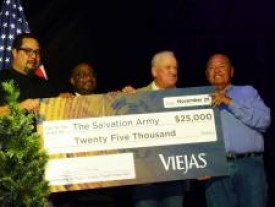 Viejas Casino announced the grand total of 3,231 toys donated this holiday season by team members and guests at the annual Salvation Army Holiday Party and Auction, held last night at the DreamCatcher at Viejas Casino. 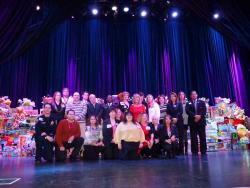 As the total number was announced, the curtain was raised on the stage, revealing the thousands of new toys, destined for needy children and families in the two-county region.

Viejas Casino team members donated the toys during the month of November and Viejas Casino Guests received $5 Free Play Cash in exchange for new, unwrapped toys they donated between November 21 and 26. In addition, shoppers at the Viejas Outlets received discounts at Viejas Bowl and the Viejas Ice Rink in exchange for new, unwrapped toys during November. 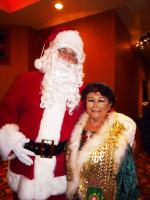 Viejas Casino General Manager Chris Kelley said, “We are extremely proud of the tremendous support that we received from our Team Members and our casino guests. It demonstrates the spirit of community that we all share, and our commitment to helping those in need in San Diego and Imperial Counties.”