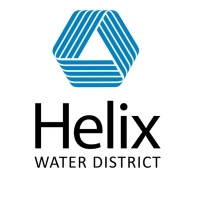 Paul Kruze contributed to this report

September 20, 2018 (Rancho San Diego) – Damage to a gas pipeline in Rancho San Diego on September 17th was caused by a third-party contractor, Orion Construction, according to a statement issued by Helix Water District.

Orion was hired to replace 6,450 feet of cast-iron pipe on Jamacha Road from Grove Road to Washington Road for a project that began in March and is slated for completion in November.

According to the statement issued by Helix, at 8:45 a.m. on September 17, Orio hit the edge of a 4-inch low-pressure gas line on Jamacha Road while working on the pipeline project.

“The contractor notified fire, police and San Diego Gas & Electric. Jamacha Road was closed per the fire department and traffic was detoured. SDG&E worked to isolate and shut off the gas line through the night, with 85 residential customers impacted,” the statement from Helix indicates.

“Costs for the gas line incident are unknown at this time and will be the responsibility of the contractor, including any costs incurred by SDG&E. Work on Helix’s cast iron replacement project will only be delayed by a few days as a result,” the Helix statement concludes.