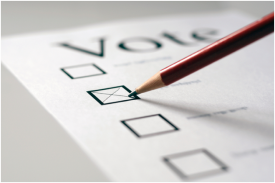 Measure A,  the SANDAG –backed half-cent sales tax increase to fund transit,  received 57%,  falling short of the two-thirds plurality needed for passage.  Now it will be back to the drawing board for SANDAG,  that faced opposition from  some environmentalists who contended it placed too much emphasis on freeways first over mass transit and pedestrian/bicycle friendly improvements.  On the other hand SANDAG also drew criticism from others who contended there was not enough money for roadway improvements,  making it a tough slog to find a compromise that can win enough future votes for passage.

Measure B, Accretive Development’s  initiative that sought to bypass planning and environmental review to obtain voter approval of the Lilac Hills massive housing and multi-use project in Valley Center,  went down to a resounding defeat with over 64% voting no and less than 36% voting yes.  The developer has indicated it will continue efforts to get the project built, but the pathway becomes more difficult.  Accretive could seek approval through the county Supervisors,  but with Bill Horn forced by the FPPC to recuse himself due to conflicts of interest,  Accretive would have to convince three of the four remaining Supervisors to defy the will of the voters to approve the project,  or dramatically scale back its plans and start over with a revised proposal.

Encouraging outcomes! Let's continue the fight against B.