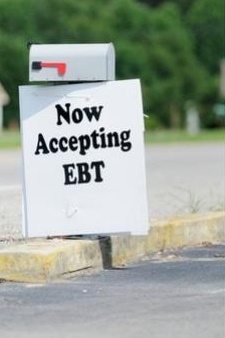 May 12, 2016 (Los Angeles) - Your local convenience story may no longer accept cards for the Supplemental Nutrition Assistance Program if a new rule proposed by the U.S. Department of Agriculture goes into effect.

Opponents expect the matter to come up at a hearing on the SNAP program today in the U.S. House Committee on Agriculture.

The rule says if 15 percent or more of a store's profits come from hot foods, the store will not be allowed to accept SNAP's Electronic Benefit Transfer cards.

Jawad Ursani, who owns five convenience stores in Los Angeles, says 80 to 90 percent of 7-Eleven stores would be affected, and that would be a major problem for the millions of Americans who live in a so-called food desert, where the nearest grocery store is more than a mile away.

"Our stores are placed in communities where these people rely on us to feed them,” he points out. “We're talking about not only economically challenged, but physically challenged people."

SNAP is intended to be used to buy basics such as milk and eggs, and is not supposed to be used for fast food.

Ursani says the rule came in reaction to a pizza chain that was letting people use EBT cards to buy frozen pizza, and then heating it up on site.

In March and April, Ursani and a group of 7-Eleven owners traveled to Washington to ask members of Congress to write the USDA and oppose the rule.

Dennis Lane, who has owned his store in Quincy, Mass. for 40 years, also made the trip.

"The kids that were catching the school bus in front of my store in the '70s are coming in with their own kids now,” he relates. “I've been feeding two generations of families in this neighborhood and I want to be allowed to continue to feed the families in my neighborhood."

The public comment period on the USDA rule is open until next Wednesday online at regulations.gov.

I buy lunch at 7-11 the sandwiches are made daily, and fresh and affordable. They offer prepared food just like barons, salads, fruit and more. Milk Bread and Eggs... So I will say this will be a loss for the ETB people.

.... 2 generations growing up on 7-11 fast food? Could this explain our obese problem?