October 16, 2012 (San Diego’s East County)--Pat Hurley is the Democratic candidate for State Assembly District 71 (formerly the 77th), a district that holds a huge voter registration advantage for the Republican incumbent Brian Jones. Pat Hurley is the dark horse in this race.  As a nonprofit executive, he’s experienced at creating good-paying jobs and helping to transition our region to a green economy.  Now in an exclusive interview with ECM, he details his plan for jobs and economic growth, making his case for why voters should pick him as the winner to represent the people of East County.

Q:  Both you and your opponent have impressive backgrounds and deep roots in the community.  Both of you have campaign websites that make wonderful promises and contain great sounding plans for District 71.  So, why should voters vote for a change in representation in Sacramento?

A: “The difference is Brian Jones has a voting record and his votes reflect a disdain for government in general and give a true indication of his priorities.  Basically he went to Sacramento and voted “no” on every important piece of legislation.  Rubber-stamping everything “nay” in the Assembly may seem like an accomplishment to some in our district but how does that do any good for East County San Diego families?

He supports Proposition 32, which would weaken workers rights to representation in the workplace. How does that help working families? Besides that, he had opportunities to vote for women’s rights and opposed them.

And although our backcountry is tinder-dry, he opposes expansion of fire protection.”

Q: Astoundingly, your opponent voted no or declined to vote on all—100%-- of the significant legislation proposed in Sacramento, as identified by the nonpartisan Project VoteSmart.   http://votesmart.org/candidate/key-votes/70781/brian-jones#.UHxYqm_A_Si  Had you been in the Assembly for the last two years – how would things be different?

“Some in the Assembly run on the idea that government is the problem and that government does not work – then when elected set about to prove it. They call it starving the beast.   My opponent’s position is that lowering taxes and relaxing regulations will solve all our problems. So he sponsored a ‘Jobs Fair’ in the District and battled to defend us taxpayers against tax increases in Sacramento. Essential public services (like education) are sacrificed to after-tax profits for the few.

My first two years would be filled with crafting, supporting and implementing programs that bring resources to East County - especially in times like these. I don’t hear a collective cry from my neighbors for lowering our tax burden.  However I do see people with real needs and diminishing opportunities.   Jobs are scarce, college tuition is skyrocketing and a woman’s right to the best health care with the freedom to make choices is being challenged.  Forty-nine million people in America are without health insurance.”

Q: So, what would you do that is different?

A: “I would create jobs while solving our energy needs.  Here is how.

The bulk of the government’s subsidies for renewable energy are given to Big Oil, utility companies like Sempra and SDG&E to build the abominable Sunrise PowerLink, wind farms in our most scenic places like McCain Valley, Santa Isabel and Ocotillo.  Three gas-fired ‘peaker’ power plants, including one next to Mission Trails Park in Santee, are scheduled to be built for when the wind doesn't blow –which is most of the time.   Billions of dollars in tax money goes to the utility companies so they can sell you electricity produced at San Onofre’s nuclear powered plant and destructive wind farms.

More than two dozen gigantic industrial scale wind farms are slated for East County’s backcountry.  Besides intruding on public land set aside for their cultural and scenic value these wind farms do not add one electron to the base-load of the grid.  In other words they do not displace power from coal-fired, nuclear or gas-fired power plants.“

There is a better way – with a triple bottom-line. My plan will create good jobs, reduce carbon emissions, stimulate the economy and save hundreds of dollars every month – money that can be used for our families.  Rather than building greater capacity – reduce demand.  Doing so will eliminate the need for San Onofre, Ocotillo, peaker plants and even Sunrise PowerLink.  Reducing power demand from the utilities puts money in your pocket, creates good jobs and saves the polar bears as well.” 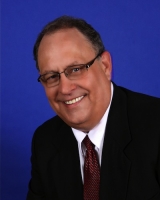 Q: Can you provide details of your plan?

Two-thirds of energy savings can be realized by conserving power.  That means weatherizing our homes and buildings.  Insulation, dual-pane windows, ventilation and energy-saving heating, cooling and appliances is the place to start.  The first step is to make our homes “solar ready.”  If I’m elected I will encourage the trend in the building code to make the shell of our homes more efficient.

Next, I will advocate for more support for rooftop solar.  The California Solar Initiative provides generous incentives for rooftop solar.  Solar hot water systems, for example, will save most families at least a third of their energy bill every month and with CSI incentives the system will pay for itself in months.  The cost of Photovoltaic cells has plummeted from $750.00/each to around $200.00/each making solar electric more affordable to the average homeowner.

Imagine what having a few hundred dollars more each month would mean for your family?  If I am sent to Sacramento I will do everything in my power to increase and extend the California Solar Initiative and more.  I would fight for a ‘feed-in tariff’ for solar that would pay users for surplus energy like they do in Germany.  The California PACE program would defer the cost of retrofitting public and private buildings, AB 32 implementation, public transportation, biofuels and the next generation of cars all have triple bottom-lines for East County residents – in fact a quadruple bottom line when you consider that it would solve our budget problems in California.”

Q: How many jobs can that create?

“If even 10% of San Diego homes were ‘solar ready’ and fitted with rooftop alternative energy - thousands of good paying jobs would be created, jobs that cannot be shipped overseas.

As I look out the window here in El Cajon I see men with pickup trucks, ladders, tools and the skills to make it happen.   We have the capacity for full employment.   The cost of rooftop and regional solar solutions to our energy needs is going down while the cost of energy from SDG&E will increase by 40% in the next five years.”

Q: What other priorities will you have to help our region?

Bob Filner talks about blue/green jobs.  That is, water conservation, our next great concern.  Managing our water needs for the future is another triple bottom line. Santee Lakes is a perfect example.  We will need to put public money into research and education for the sake of our future too.

Speaking of education, I read in East County Magazine that the GUHSD is being investigated by the Grand Jury for misallocating funds.  Let me say for the record, if I am elected, there will be a high school in Alpine. The GUHSD must be held accountable for its obligation to the voters who twice approved bonds to build a high school in Alpine.

So, although I am the ‘dark horse’ in this race I am encouraged by the outpouring of support from independents and even Republicans who want to see someone in Sacramento do more than stamp ‘no’ on everything.  It is time for the people of East County to be represented in Sacramento.”