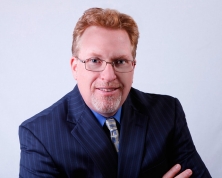 August 27, 2020 (San Diego) – In the hotly contested San Diego City Attorney race, attorney Cory Briggs has won two lawsuits against incumbent Mara Elliott., Elliott has been ordered to correct her ballot statement which asserted that she was endorsed by the San Diego Union Tribune. In a separate case, a judge ruled that Briggs can use the ballot designation “taxpayer advocate.”

On August 7, 2020, City Attorney Mara Elliott filed a petition for writ of mandate against her re-election opponent, Cory Briggs, and challenged the accuracy of his ballot designation as a "Taxpayer Advocate."  Yesterday, after considering all the evidence, Judge Katherine Bacal denied Elliott's petition. View ruling.

On August 10, 2020, Briggs sued Elliott for falsely asserting in her ballot statement that she held the endorsement of the San Diego Union-Tribune.  The paper endorsed Elliott in the primary, but has not issued an endorsement in the general election to date. Though Elliott's campaign told the media that she was taking steps to fix her ballot statement, she had not done so prior to the suit.  Ten days later, Judge Gregory Pollack concluded that there was "good cause" to issue a permanent injunction requiring the city clerk and registrar of voters to use an amended ballot statement for Elliott, one that deleted the endorsement, in the ballot materials distributed to voters.  View injunction.

A spokesman for Elliott’s re-election campaign, Dan Rottenstreich, told ECM news partner Times of San Diego that the campaign was “happy to clarify the ballot statement” and hopes to earn the Union-Tribune’s endorsement in the general election.

"These cases are the latest example of Mara Elliott's lack of skill and poor judgment as a lawyer," said Briggs.  "The only good news is that she wasted her own money on legal fees this time, instead of wasting taxpayer money as she has on countless other occasions."