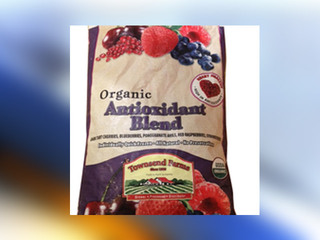 June 2, 2013 (San Diego) – If you’ve eaten Townsend Farms Organic Antioxidant Blend frozen berries purchased at Costco in the past couple of weeks, you may have been exposed to hepatitis and should see your doctor immediately. Thus far, 30 cases in five states have been reported, including two in San Diego County. But the disease  can take up to six weeks to occur after exposure, so cases are expected to rise.

One concern is that retailers may have purchased the product in bulk for use in other products such as smoothies or frozen drinks.

Dr. Eric McDonald, the county's deputy public health officer warns that those exposed should seek medical treatment now, which may include  a vaccine for Hepatitis A or treatment with immune globulin – unless you have already had the vaccine or the disease. If you don’t have a healthcare provider, call the County Epidemiology Program at (619) 692-8499.

Health officials don't yet know if the product was sold at other stores or markets. Over two-thirds (67%) of those sickened reported consuming the berry product, raising the potential that other contaminated products may exist or that the product may have been used by food establishments in other items served.

Nearly half—47%--of people sickened in this outbreak have been hospitalized with the viral liver infection, which is contagious, the U.S. Centers for Disease Control (CDC) has advised. The strain of the disease found in victims is one most commonly found in the Middle East and Africa; the product contains imported ingredients including pomegranate seeds.

Symptoms of Hepatitis A include fever, fatigue, loss of appetite, nausea, vomiting, abdominal pain, dark urine, clay- colored bowel movements, joint pain and jaundice -- a yellowing of the skin or eyes. The disease can last from several weeks to several months, according to the CDC.

CostCo has reportedly removed the berries from store shelves and has attempted to notify consumers who purchased the products.