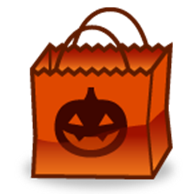 October 31, 2013 (Ramona) – Danny Shaw, a convicted sex offender, was arrested this evening for annoying children and slipping candy into a child’s bag at the Ramona Chamber of Commerce’s Main Street Trick or Treat event.

Off-duty Sheriff’s Sergeant Thomas Seiver reported the suspect, who was dressed in a Halloween costume with white face paint and red stripes resembling blood. The suspect reportedly was approaching parents walking with their children, persistently insisting on giving the youngsters candy, which was declined.  A witness said Shaw slid candy into a bag carried by a child as the parents turned to walk away.

Detective Jeff Guthrie responded to the scene at 5:45 p.m.  A records check revealed that Shaw is an unregistered sex offender from Oregon. He admitted moving to California in February 2013 and failed to register as a sex offender, which is required by state law, said Sergeant Brent Strahm at the Ramona substation.

He was booked for the felony sex offender registration violation for for being a convicted sex offender annoying/molesting a minor.