August 21, 2020 (La Mesa) – In an exclusive video interview, Jack Shu shares his visions for the future of La Mesa.  Shu has been an active advocate in La Mesa and countywide for over three decades on social justice issues, human rights, homelessness, and protect the environment.

A California State Parks Superintendent for 29 years, he also served as a peace officer within state parks. As past president of Cleveland National Forest Foundation, he worked at a state and countywide level to protect open spaces, reduce pollution and build healthier communities. In La Mesa, he helped establish the Citizens Public Safety Oversight Task Force on police issues, as well as a Citizens Task for on Homelessness. He’s served on the city’s wellness committee, on the board of Heartland Human Relations, and as a cultural diversity consultant.

In our interview, Shu laid out his vision for a more "vibrant" and inclusive La Mesa in all areas of the city.  "Let's aim higher. Let's do better," he said.

Shu shared his thoughts on the key issues in  La Mesa including housing and homelessness, revitalizing neighborhoods across La Mesa and downtown, police and racial equity issues, public safety, and budget priorities. 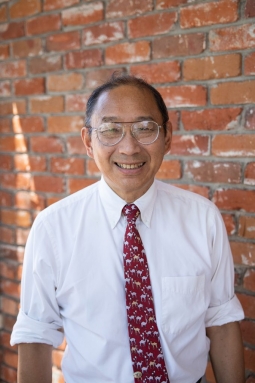 As a former  State Parks peace officer who has also been a liasion between police and protesters in San Diego, Shu also shared his thoughts on how La Mesa might have avoided the violence that occurred after a May 31 protest that ended in a destructive riot, as well as steps that should be taken for the future to improve both racial relations and public safety.

Shu is one of six candidates running for two seats on the La Mesa City Council, including incumbents Colin Parent and Kristine Alessio, as well as challengers Laura Lothian, Allan Durden and Mark Papenfuss.

You can learn more about Shu and his candidacy at https://jackshu.com/ or  https://www.facebook.com/jackforlamesa.