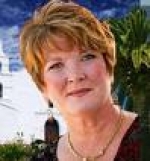 Wal-Mart spent heavily on advertising on television and print, targeting members of the Council who supported the measure. One ad showed a picture of a closed check-out lane and asked, “Who is Councilwoman Marti Emerald fighting for?” The ad accused Emerald of turning her back on hard-working San Diego families and seniors by supporting the measure.

But Emerald fired back, “That just isn’t true and Wal-Mart knows it. Wal-Mart spent enormous money on false and misleading advertising intended to bully the Council and frighten consumers. It’s reprehensible.”

Emerald said the new ordinance is needed to detail how a Superstore would ilmpact smaller businesses and neighborhoods within a five-mile radius. Historically, many small businesses have found themselves forced out of business when a superstore has moved into the area. “This is designed to preserve more shopping choices. That’s good for consumers,” said Emerald, a former TV consumer advocate.

Wal-Mart has been fighting for years to gain share in the San Diego marketplace with a superstore. The company contends that the City is losing $175 million in tax revenues because shoppers go to Wal-Mart Supercenter in neighboring communities. “Passage of the ban will restrict consumer choices, discourage job growth and limit access to affordable, fresh food,” Wal-Mart spokesman Aaron Rios told the Council.

Labor has also fought to keep Wal-Mart supercenters out of San Diego because Wal-Mart does not provide union pay or benefits such as healthcare to its workers, while other major grocery chains do.

In 2006, San Diego’s Council voted to ban all supercenters, but later rescinded the ban after Councilmember Donna Frye changed her vote. Frye supports the impact study measure, but not an outright ban.

Hi. I wanted to drop you a quick note to express my thanks. vocal health

I love this article , Very good collection of informati on,thanks
I only ask because our last comment closer plugin was not, and don’t want to waste any time if this one is not. Thanks.