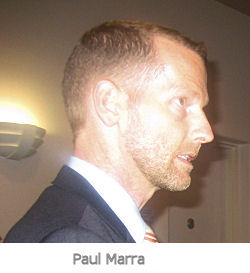 Bill Chopyk, La Mesa community development director, advised that staff recommended that the Council establish the parking in-lieu fee to “provide an incentive to develop downtown.” Developers would pay this fee into a fund in lieu of providing required parking on site, and the fees can be used to provide centralized public parking, (http://www.mapc.org/resources/parking-toolkit/strategies-topic/fees-lieu).

Marra began with a PowerPoint presentation. He had gotten together with Studio E, Fehr and Peets to “assess the feasibility of developing a public parking garage to serve the [La Mesa] village.” Tasks included assessing the village parking demand, and preparing garage concepts and methods.

Cook explained “With the parking demand, the village currently doesn’t exceed 76% general occupancy. With 13-20% commercial growth, there would be a demand for a structure.” 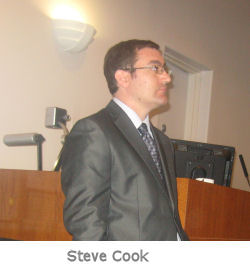 Cook spoke about the benefits of having the fee as a resource to develop parking off-site and increase efficiency of the village parking supply.

Marra said the fee is “an incentive to property owners.” When Councilmember Ruth Sterling had questions, he told her that three levels provides the most efficient use of land.

City manager David Witt explained, “This is about building additional footage. What we’ve stated is a concept staying within the CD [downtown commercial] zone. We’re creating an opportunity for the future.”

Marra added, “With just a small amount of growth, there’ll be a need for a parking garage.”

Witt noted, “You have to have collective parking. Next phase is going up. Let downtown thrive and go forward.”

Mayor Art Madrid was in agreement. “This is a good plan that’s long overdue. After the application, how do we market it out to merchants?”

Marra told him, “The action you take tonight would be the first step.”

Witt responded, “The next step would be to get a decision for a zoning ordinance. Once it moves forward, it would be our responsibility to get the word out.”

David Smyle with La Mesa Citizens Oversight voiced concerns over accountability. “Whatever we do, we hope we wouldn’t lose money. Where would it be built?” he asked. “What happens if we don’t have enough money to build, and what about the people who paid the fees? What’ll happen to their funds? Maybe demo a building on the west side of Spring Street and build the garage there. Would the parking in-lieu fees ever be spent for the garage?”

Witt acknowledged, “Those are good questions. There is no guarantee. Maybe look at the gap financing going forward. It may take a long time to collect the fees. There’s a certain amount of faith it’ll move forward. I’ve seen it done in smaller cities and central coast communities.”

Smyle observed, “It wouldn’t affect me if I was a property owner.”

Witt reiterated, “Taking it to the next level would be productive to the staff.”

Councilmember Ernie Ewin spoke up. “If there’s excess parking, by utilizing existing parking, we have the point to get this in the right direction. Someone was proposing a lot on Allison and Palm. I like the idea of taking the next step and looking at this.” 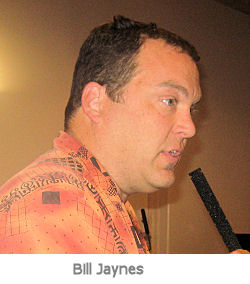 Bill Jaynes, owner of All Things Bright and British and a director of the La Mesa Village Merchants Association, thanked Council for looking at the issue, then asked about “externalities.  If you start getting people to opt out of the parking requirement, people on the other side would get impacted. It’s not a big deal if there are four to five small properties. But there are a few big developments that will be severely impacted by more parking. I really suggest a concerned outreach program to residents of the district, let everyone know what’s going on, and get their views.”

Councilmember Kristine Alessio was outspoken about her concerns. “I’m not a big fan of in-lieu fees. I do understand the necessity. Is there really a need to do this? Is there some mechanism within any ordinance that would prohibit businesses from buying all of the parking?”

Witt answered, “The boundary has been defined. We’re going to the planning commission and getting a public notice.”

When asked how long it would take to draft up an ordinance, Chopyk replied, “18 months. There are still implications on the downtown development.”

Councilmember Ruth Sterling expressed frustration. “I’m uncomfortable voting. I hadn’t gotten a chance to read the entire feasibility report. I don’t think anyone on Council has read the report cover to cover. I can vote, but I want to read and study it. I think the study was completed October 2011 and the parking commission got it June 2012. Now, the Council gets it to look over the weekend? That’s not right. It’s like this has been a big secret.”

Ewin suggested, “It’s been helpful for the presentation. What’s two weeks? Then, we can follow up and take action.”

Witt addressed Sterling. “I’ll take responsibility for why it was delayed and for a veil of secrecy.”

Sterling told him, “I’d like to prevent this from happening again. I like to get it sooner.”

Witt suggested, “I think at an early time in the fall, there was a lot of focus on PBID [Property-based Business Improvement District]. I delayed it several times. My intent was not to withhold this from Council. If you need more time, we have lots of time to work through this.”

Sterling commented, “I do want a parking garage eventually. I think it’ll be necessary for expanding businesses downtown. I can vote on this tonight.”

Madrid spoke. “I thought the Parking Commission searched this out for quite some time.”

Witt explained, “It goes back to 1990. I will admit there was a huge gap between the draft study and when it came forward to the Council. I hear you; I apologize.”

Jim Wieboldt, chairman of the La Mesa Community Parking Commission, advised the Council,. “I’ve been on this [commission] for 9 ½ years. We voted 5-0 for the Council to hear to expend the funds out for the study.”

Council members then voted unanimously to take money of the parking district for the garage feasibility study.