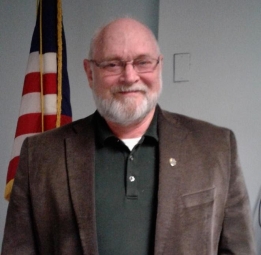 July 31, 2020 (Lemon Grove) – Lemon Grove Councilman Jerry Jones has posted an announcement on Facebook, stating, “After much thought and waking up every morning saying no, I have changed my mind and have pulled papers to run for Mayor.”

Though he had planned to enjoy retirement, he says, after listening to candidates, reading social media and taking “numerous calls asking me to throw my hat in the ring,” he has decided to run to contribute more to his community because “I keep waiting to hear solutions and hear none. We are in a crisis and it doesn’t take a genius to figure out where the problems are. No one has a clear answer, not even me, but there have to be first steps and I’ve heard none from the other candidates.”

Jones says, “We’ve all seen the decline in the past four years but as a community and Council, Lemon Grove hasn’t even defined what the basic elements of a recovery are. We voted down a sales tax because we didn’t trust our Council and rightfully so. There was no plan and no outreach to the community.”

The Councilman did push for passage of Measure S, the sales tax increase, on social media, which failed to win passage in March. But he believes the city and the Mayor in particularl should have done more.  “I couldn’t even get the City Manager or the Council to agree to a survey to hear what the community wanted because we `had no money,’” he says. “This simply was not true as reserves were well over minimums and staff was not including the money in the ‘06 reserve account in their calculations.”

He says he’s heard from the community that “people want a clean and safe place to live. I also heard that people didn’t feel that Council had done enough to explore other revenue sources, budget cuts, and that we didn’t communicate with the public.”

He does, however, offer some praise for his colleagues.

“To the credit of the current Council, they/we have taken creative and perhaps controversial steps to generate revenue through changeable copy bill boards, exchanging two for one, and a cannabis tax.”

He wants to do more to raise revenues and restore some services lost.

“We should be discussing a recreational component for our medical dispensaries soon as well. Additionally, the budget was and has been trimmed to the most basic levels. Too much in the case of law enforcement in my opinion,” adding that this is why he voted against the last budget. “We had more than enough reserves to retain the deputy, but my colleagues chose to protect reserves (we are 16% over minimum) over people. Time is ticking for the City, but the community and people must always come first.”

Public works also took a “huge hit” in the budget, along with cutting the deputy Sheriff position.  “Look around and think about what you want to see different Lemon Grove. I assure you that 90% of that is directly linked to two departments: law enforcement and public works,” he says.

Jones previously advocated for more deputies in the form of community oriented policing and more public works.” God bless the people out there volunteering for trash pick up, but we need city crews out there every day,” he says. “Since Mayor Vasquez chose to go around the Council with her 'citizen’s group,' Council never had the chance to have that conversation.”

He voiced admiration for newly appointed Councilmember Yadira Altamirano. “She was not on my short list during the appointment process but she has earned my respect and admiration. She is a driving force and a business owner in the truest sense. She understands the needs of that community and speaks the language of business. This is why I’ve been pushing her to reverse her original commitment not to run for the seat in November,” he notes.

Jones admits that as a long-serving Councilmember, he’s made mistakes, taken responsibility and learned from those experiences. He’s served on and chaired multiple regional boards, has engaged in conversations with the community on social media, and touts his experience is a mechanic, quipping, “Just remember this about how a mechanic thinks. We fix things.”

Now, with a pandemic exacerbating the city’s pre-existing financial issues that had led some to suggest disincorporation to return to county control,  Jones believes, “We are in crisis mode with our very existence at stake. We can afford neither incompetence nor the learning curve of an inexperienced candidate. I know that my candidacy is a long shot, but I will give it my all even at this late date. Either way, come December I will still be there for you for at least two more years.”

Councilman Jones is a perfect fit for Mayor of Lemon Grove. I highly recommend voting him to be your next Mayor.