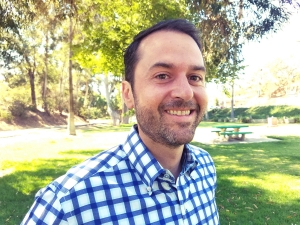 He lost my vote already. He would not wait a month to bring the community up to speed about the effects of the ADU's/JDU's. He cared not at all about the need for parking spaces on already-tight streets. He dismissed concerns about the related difficulties of reaching bus stops and trolley stops a mile distant because all measurements are as the crow flies. If you are older or diabled, too bad for you. He packed that council meeting with developers and real estate people, some of whom lied. He personally screwed up the Holiday Inn project by working on his own behind the scenes, not informing the other council members, nor did he talk to the Homeless Task Force in La Mesa. He then called everyone who disagreed with him racists. (See his interview in the La Mesa Courier). A week later, we received an email asking for a donation to his campaign. When it was pointed out that took a lot of nerve, his response was not an apology but a list of suggested readings. Vote for him? No. Fool me once but not again.