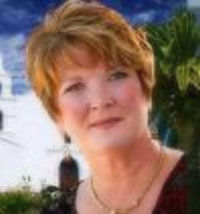 August 27, 2011 (San Diego) -- San Diego City Councilmember Marti Emerald will to run for a second term on the City Council, but will do so in the newly created Council District 9. Emerald has represented District 7 since 2008. The Councilmember recently sold her home in Tierrasanta and moved to the San Diego State University (SDSU) area, which was also in her 7th District. However, the San Diego Redistricting Commission has included the SDSU area in the city’s new 9th District.

The Redistricting Commission cut District 7 in half, divided by Interstate 8. The new 9th District will be south of I-8, including the College Area, Rolando, El Cerrito, City Heights, Talmadge, Kensington, and South along Interstate 15, including the Mount Hope, Mountain View, and Southcrest communities.

“I want to assure all of my District 7 constituents both north and south of I-8 that my staff and I will continue to provide support and services until a new a Council person is elected to represent them. It is my honor to serve the 7th District and the City of San Diego”.

Meantime, Emerald plans immediate outreach in the new district to get up to speed on neighborhood issues and ensure a seamless transition after the 2012 election.