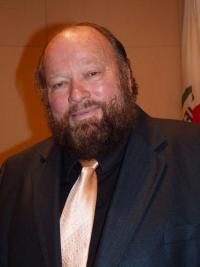 November 6, 2013 (El Cajon)-- El Cajon City Councilmembers Bob McClellan and Tony Ambrose have released an official response to the resignation of former Mayor Mark Lewis on October 24, 2013. Both voiced pride in the community’s diversity , acknowledged that the Mayor’s remarks on minorities were “inappropriate and wrong,” then called for unity in El Cajon.  For the full text of their letter, click here.

In addition, Councilmember Gary Kendrick issued his own letter praising Mayor Lewis on his accomplishments including balanced budgets, economic stability and economic development.   While he joined with  Ambrose and McClellan in making clear that he did not agree with or support Lewis’ controversial comments, he stated, “Mark will always be my friend...”  To read Kendrick’s letter, click here.

Kendrick told ECM,” The Mayor Lewis that I knew would never have made those statements before his stroke.”

He noted that Lewis was also suffering from cancer, had shoulder surgery and had a kidney removed. He believes the Mayor’s judgment was impeded as a result of his health issues.

Kendrick further pledged to "make this City the best place it can be for all of our citizens, regardless of their race, creed, color or national origin."