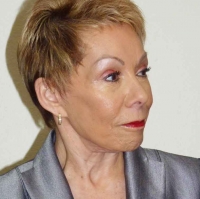 January 11, 2012 (San Diego’s East County) – Lemon Grove Councilwoman Mary England announced today that she will seek a seat in the state Legislature. She is running in the newly redistricted 79th Assembly District, which has no incumbent. England is also president of the La Mesa Chamber of Commerce.England said her priorities will be to encourage private sector job growth, balance the state budget without raising taxes, and reform of the state’s public pension system.

“As a city councilmember and a small business owner, I have grown increasingly frustrated with the fiscal mismanagement and political game-playing in our state capitol,” England said. “The politicians in Sacramento continue to increase the tax and regulatory burdens on California businesses, seemingly unconcerned about the harm it does to our state’s employment rate. I believe that our state urgently needs leaders with real world experience and the strength to make the tough decisions necessary to restore the luster of our Golden State.”

A native California, England was born in Los Angeles and raised in San Diego, graduating from Hoover High School.  She worked for Pacific Bell for over 30 years in customer service and public outreach. Later she founded Mary England Public Relations, specializing in business marketing as well as fundraising for local political leaders.

She served as executive director of the Lemon Grove Chamber of Commerce before heading up La Mesa’s Chamber. She has also co-chaired a committee to pass Proposition LL, a school bond initiative in Lemon Grove which was approved by voters.

In 2000, she won a seat on the Lemon Grove Council.   She has been active in Lemon Grove’s downtown redevelopment project and served as chair of the marketing committee to refurbish the community’s downtown.  Praised for her promotion of the business community, she also drew criticism for voting to eliminate Lemon Grove’s Parks and Recreation Department and axe youth programs amid a budget shortfall.

She has been named “Woman of the Year” by the San Diego East County Chamber of Commerce. She has also received the Lemon Grove Chamber’s Lifetime Achievement Award and other accolades.

“Fixing California so that it works again for all citizens is a daunting task.  But it’s a challenge that I am prepared to meet,” she concluded, adding that her experiences as a business businesswoman, Lemon Grove Councilwoman and Chamber of Commerce executive “have given me valuable perspective on what we need for a healthy, vibrant economy.”