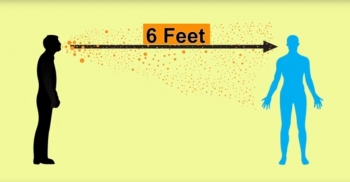 Many major events closed or cancelled across our state and region

March 13, 2020 (San Diego) – In response to the fast-spreading COVID-19 outbreak, effective immediately, the state of California and San Diego County have ordered that from today through March 31st: Violators are subject to fines or imprisonment.

The ban on gatherings generally does not apply to workplaces, shopping malls, grocery stores, or emergency shelters such as those for the homeless.

“Changing our actions for a short period of time will save the life of one or more people you know,” said Governor Gavin Newsom. “Each of us has extraordinary power to slow the spread of this disease. Not holding that concert or community event can have cascading effects — saving dozens of lives and preserving critical health care resources that your family may need a month from now. The people in our lives who are most at risk – seniors and those with underlying health conditions — are depending on all of us to make the right choice.”

Dr. Wilima Wooten, the County’s Public Health Officer, says, ““Protecting the public’s health is our number one priority and we’re using every tool at our disposal to slow the spread of COVID-19. The swift action to ban mass gatherings is one of several social distancing strategies that can be used to slow the spread of the COVID-19 pandemic.”

A study in the New England Journal of Medicine found the disease can be fatal to 14.5% of those over 80, with high rates for those in their 60s and 70s as well.  While the fatality rate is still low for young people, young persons can transmit the disease before symptoms show up, putting older people and anyone with pre-existing conditions at risk, such as people with cancer, diabetes, or respiratory conditions.

Major events and closures in our region

Many Southern California organizations have announced temporary closure, cancellation or postponement of events including:

Live Nation, which operates the Magnolia in El Cajon, has cancelled all concerts nationwide through March 31. For information on refunds or credits, contact Live Nation or Ticketmaster, wherever you purchased your ticket.

Disneyland and California Adventures are closed until March 31.

The San Diego St. Patricks Day parade and festival , as well as Shamrock, are cancelled.

The Circle of Art in Borrego Springs cancelled its March13-14 event.

The National Basketball League has cancelled all March games after a player tested positive for COVID-19.

UCSD and SDSU sporting events are cancelled for March.

The NCAA has cancelled tournaments.

El Cajon has cancelled its dance and tumbling concert.

Poway Chamber of Commerce has cancelled its March 29 street fair.

The San Diego Zoo and its Safari Park will close March 16-31.

Sea World and Lego Land are also shutting down temporarily.

The Old Globe Theater has suspended productions during March.

The Stephen Birch Aquarium is closed until at least March 31.

The actions come after the World Health Organization declared a worldwide pandemic yesterday. Nearly 125,000 cases of COVID-19 (the novel coronavirus first identified in December 2019) have been reported in 118 countries. In the past two weeks, cases outside of China have increased 13-fold.

Five new presumptive positive cases have been reported in San Diego County, Wooten announced Thursday. These include two women in their 70s who traveled aboard the Diamond Princess cruise ship, two men who traveled to Colorado, and one man believed to have contracted the disease locally.  All are now in isolation, either in hospitals or at home. Local tests were positive but confirmations from the Centers for Disease Control remain pending.

Testing can now be done by local hospitals and private labs as well as the County Public Health lab. Due to a shortage of federal test kits, Governor Newsom has authorized private labs to provide tests.

Symptoms of COVID-19 include fever, cough and difficulty breathing. They may appear 2 to14 days after exposure. If you have symptoms, call your doctor and let your doctor know if you have been exposed or traveled to areas with a COVID-19 outbreak.

The public is urged to avoid crowds, practice good hand-washing, stay home if ill and avoid contact with sick people. Avoid touching your face. Use an alcohol-based hand sanitizer with at least 60% alcohol if soap and water are not available. Clean and sanitize frequently used surfaces. Drink plenty of fluids and get plenty of sleep.  If you cough or sneeze, cover your mouth with a tissue and then wash hands.

The County recommends creating an  emergency contact list and having a plan in place in case your workplace, school or childcare closes. Have a plan to care for family members who may become ill. Be sure you have plenty of medications on hand, as well as a two-week supply of food and other essentials for your household including pets, in case you must self-quarantine for 14 days.

Yes and there should be no exceptions, what about the Casinos (Which have TONS of People from "those" Countries/Travelers), Theatres, Grocery Stores and many places/things ? If they're going to make exceptions they should not be complaining about "slow response" since that's not true and there are MANY things to consider before going all out, From creating and setting up the "plan", resources, funds to Jobs, Stock Market, Panic, Price gouging and on and on. "It is illegal, punishable by fines or prison, to hold most gatherings of 250 people or more, as well as small gatherings of 10 or more unless space of 6 feet between participants can be provided" I was just at a gas station with more than 15 people in line, and in a VERY small room at the counter and we were all less than 2 feet from each other Hmm..

At least one, Pala, has announced it will remain open though with extra cleaning, etc.

Grocery stores are presumably considered essentially for people who need to buy food, medicines, toiletries etc. and gas is also essential,so I can understand the exemption for those.  But it's harder to justify others. Maybe  the casino exception is because they are on tribal lands, technically sovereign nations, so not sure if state has any jurisdiction to force closures.  But people can certainly choose not to go there during the health emergency.

I doubt many theaters can allow 6 feet of space between everyone.

the U.S. Supreme Court decided that neither the State of California nor Riverside County could regulate the bingo and card game operations of the Cabazon Band of Mission Indians and the Morongo Band of Cahuilla Mission Indians. In its ruling, the U.S. Supreme Court rejected California’s attempts to regulate tribal gambling enterprises in the absence of congressional authorization. The casinos contribute significant payments to the state.
The Order specifically exempts theaters, etc e. This order does not prohibit: ii. Gatherings of people in multiple, separate enclosed spaces in a single building such as multiplex movie theatre or school, so long as 250 or more people are not present in any single confined space at the same time. https://www.sandiegocounty.gov/content/dam/sdc/hhsa/programs/phs/Epidemiology/OrderoftheHealthOfficer_COVID.pdf