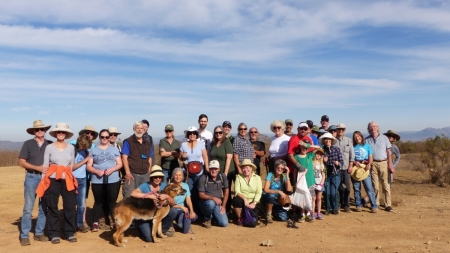 January 1, 2018 (Spring Valley) – After 15 years of efforts by Spring Valley residents to protect Dictionary Hill from development and blasting the top off the 1,059 feet tall peak, County Supervisors in November voted to acquire and preserve 175 acres of coastal sage scrub and habitat including Dictionary Hill (also known as Lookout Mountain) as well as adjacent canyons and ridgelines.

Local residents and activists celebrated with a New Year's Day hike up the peak, savoring panormaic views from the mountains to the sea. 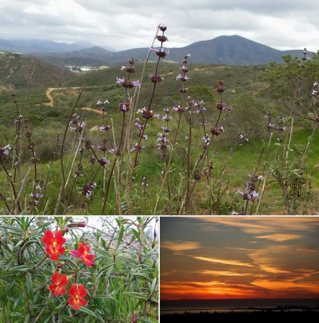 ive plants and animals while balanced public need for open spaces vs. development.  The County will pay an appraised value of $5,467,000 for the property, with additional funds allocated for signs, access control and vegetation management.

The County Parks Department will maintain the preserve and partner with Dictionary Hill Open Space Advocates in management including volunteer patrols and litter removal, the group announced in a special edition December newsletter.

DHOSA president told Supervisors that preserving this valuable open space in the heart of Spring Valley for everyone to enjoy will be a great investment in the community that will pay dividends for future generations.  He thanked Supervisor Dianne Jacob and County Parks and Recreation Director Brian Albright for their support and diligence to make this dream a reality.

Dictionary Hill was originally named Lookout Mountain. It was used by Spring Valley founder Rufus King Porter to watch for ships coming into San Diego Bay to see if the steamer had arrived before he traveled to Old Town to sell his produce. Today you can still enjoy these panoramic views from atop the peak. In the early 1900s, a real estate developer offered a free set of encyclopedias and a dictionary for every lot sold and the place soon became known by its current name. 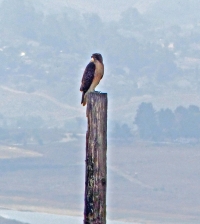 The Dictionary Hill preserve is home to a variety of wildlife including bobcats, coyotes, grey foxes, migrating and native songbirds such as California gnatcatchers and cactus wrens, as well as hawks, rare butterflies, reptiles such as the San Diego horned lizard and rosy boa snakes, as well as plants such as Laurel Sumac, California golden poppies, Indian paintbrushes and many other wildflowers. 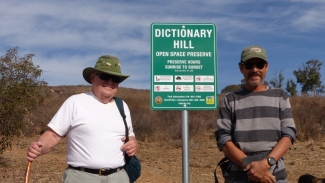 Next up, the DHOSA hopes to add guided walks for the public and workshops for school children. If you would like to volunteer, contact Chris Heiserman at cheise9400@aol.com. The group meets on the third Saturday of each month at 9:30 a.m. at Hatfield Park Clubhouse, 10050 Austin Drive in Spring Valley.  For information call (619) 461-1586.

The preserves hours are from sunrise to sunset. Visitors are asked to follow the rules to protect plants and animals, keep pets on leashes and avoid littering.  Smoking, alcohol, glass containers and motorized vehicles are not allowed. If you see any illegal activities or vandalism, please call the Sheriff’s non-emergency number at 858-565-5200 or notify County Parks at 619-644-5492.

Learn more or get involved at www.DictionaryHill.info.

See attachments from the Supervisors' action, letter to the board, and map.

Dictionary Hill was also a place where cars could roll uphill when parked. A part of a road that looked level had a slight incline, creating an illusion of a vehicle moving without the engine running.