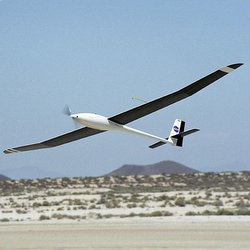 March 5, 2012 (Jacumba) – County Supervisors unanimously approved a resolution to support a state grant for improvements to the runway at the Jacumba Airport.  Located one mile east of Jacumba on Old Highway 80, the airport is mainly used as a glider facility for sailplanes and single-engine aircraft.

Howard Cook, a member of the Jacumba planning group, views that as “good news.”  He adds, “Perhaps we can leverage this improvement to further revitalize our town, maybe fly ins, balloons, more gliders, use of the airport by Mexicans.” He added,”We need to start thinking about an airport marketing campaign.”

San Diego County operates the airport for the State of California, which owns the facility.  Now the State Department of Transportation Aeronautics Division is prepared to offer a grant up to $383,000, or 90 percent of the $425,000 estimated to complete the runway rehabilitation project.

“The airport is not getting bigger or the runway wider,” Peter Drinkwater, director of County Airports, told ECM.  What is slated is resurfacing of the runway by grading and graveling, plus compacting to reduce dust, make landings easier and improve safety for glider pilots.

One potential risk of increasing air traffic, however, could be the proximity of Tule Wind Farm planned for nearby McCain Valley.   Currently testing towers are being erected at the sites where 120 wind turbines are planned.   At least three pilots have died from collisions with unmarked wind testing  towers, known as meteorological evaluation towers (MET), in the past eight years.  (ECM has submitted a public records request to the FAA to learn if there are more.)

Already there have been some close calls.

“I’ve had Border Patrol guys tell me that they had near misses because the MET towers are 200 feet tall and only four inches in diameter with guy wires that go out; they are nearly invisible at night or even during the day,” Boulevard Planning Group Chair Donna Tisdale told ECM. Noting that helicopters often fly low to follow the terrain below, she added, “We recommend that they put the towers on FAA charts so pilots will know that they are here.”