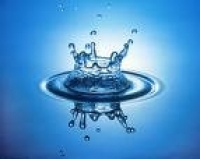 April 16, 2014 (San Diego County) - April showers bring May flowers, as the saying goes. But so far, this April has brought very little rainfall—so the County is asking your help to conserve water.

The normal rainy season is nearing its end and rainfall amounts remain about half of a normal season throughout the state. The National Weather Service shows all of California remains in a drought—and the U.S. Drought Monitor lists San Diego in an extreme drought condition.

San Diego is down 13 inches in rainfall since January 2011 – more than one full season of precipitation lost, says Alex Tardy, a meteorologist with the National Weather Service in San Diego.  This winter has been the fifth warmest winter in County history.

Yet, drought conditions are worse in Riverside and Orange Counties. Those areas are about two feet below normal since 2011.

Even though San Diego has diversified its water sources, we can’t afford to be complacent—and it’s important to take action now to conserve, says Holly Crawford, director of the County Office of Emergency Services. She adds, “Each of us can make a difference.”

In response to the severe drought conditions across the state and a Level 1 drought watch issued in San Diego County, residents are being encouraged to voluntarily decrease water usage.

The San Diego County Water Authority, an independent public agency that provides the water supply for the region, states it does not anticipate water supply shortages in the region this year, but is asking all residents to voluntarily cut back on their water usage to maintain our water storage levels.

The San Diego County Water Authority recommends that residents take advantage of seminars and programs that can help residents and businesses be water-wise. Many of these programs and tips below will also help reduce your water bill and help you conserve your money!

Here are some simple tips to conserve water at home:

More water conservation tips, tools and resources can be found at WaterSmartSD.org.