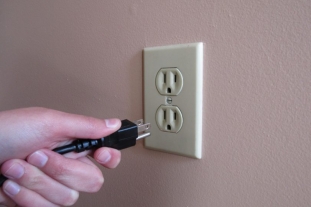 September 12, 2019 (San Diego) - The County Board of Supervisors voted 3-2 Tuesday to continue exploring the idea of getting into the business of buying and selling electricity. Supervisors Kristin Gaspar and Jim Desmond opposed the motion.

CCA programs allow cities and counties to buy and/or generate electricity for residents and businesses. A CCA would offer those in the county’s unincorporated areas an alternative to buying power from San Diego Gas and Electric. SDG&E would still provide transmission and delivery services.

Currently, the City of Solana Beach is the only operating CCA in the county. The City of San Diego is working to form a Regional Joint Powers Authority (JPA) with the cities of Encinitas, Chula Vista and La Mesa. Other local cities have completed feasibility studies or plan to start one.

The County’s feasibility report cited estimated start-up and operation costs, a comparison of projected CCA and SDG&E rates, potential environmental benefits and options on how to govern the program.

The study found a CCA option that would provide 90% renewable energy by 2030 would save the average residential customer about $2 a month. Several governance options were considered, including the County operating on its own, forming a Joint Powers Authority with other local cities or joining the City of San Diego’s Regional JPA. All three options would allow for launching the CCA in 2021.

The Board initially requested staff look to CCA options last February and held a workshop in April to hear what utility experts, consumer groups and representatives from city and counties that offer the program had to say about it.

Residents had a chance to offer their input on the idea at five public forums around the county.

Tuesday’s action directed staff to negotiate a JPA with potential city partners including Carlsbad. Staff was asked to return to the Board with a CCA ordinance and JPA agreement on Oct. 15.