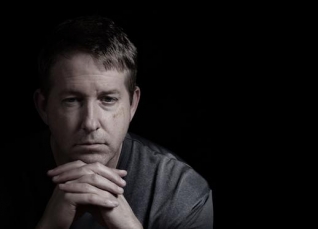 September 25, 2019 (San Diego) – San Diego County’s Board of Supervisors has instructed the County to launch an initiative to attract and retain mental health clinicians to work in the Psychiatric Emergency Response Teams (PERT) across the region.

First launched in 1995, the PERT program is a cornerstone of the local behavioral health crisis response capability. PERT is a County-contracted program that pairs specially trained law enforcement officers and deputies with licensed mental health professionals, who respond to incidents involving people with mental illness.  The County’s PERT team partners with law enforcement agencies across the County, including the cities of El Cajon and La Mesa here in East County, the cities of Santee and Lemon Grove served by the Sheriff, and all unincorporated areas.

But at times, lack of an available PERT team has led to tragedy. In El Cajon in September 2016 for example, no PERT team was available when El Cajon Police officers responded to a call from a woman requesting help for her brother, Alfred Olango. He was having a mental health crisis and walking among cars in a taco shop parking lots. Officers responded and a confrontation escalated, ending in the fatal shooting of Olango after he pointed a vaping device resembling a gun at an officer.

“We want to have that continuum of care and not just for the immediate crisis response,” said Board Chairwoman Dianne Jacob. “The Board has supported the PERT teams, but we need the clinicians as part of the team along with law enforcement. So, this is a great initiative to do this.”

As part of the new initiative, the County Health and Human Services Agency will amend its contract with the Community Research Foundation, which runs the PERT program, to strengthen the pipeline of contracted mental health clinicians for PERT services.

The goal is to increase PERT employment by increasing clinicians’ compensation. This will support the County’s ongoing effort to address the larger behavioral health workforce challenges in the region.

A 2016 report by the Health Resources and Services National Center for Health Workforce Analysis forecast a shortage of mental health professionals through 2025.

County PERT teams have grown in number over the years. Today, the County counts 70 teams allocated to law enforcement agencies throughout the region at a cost of nearly $11 million in fiscal 2019-20.

Over the past four fiscal years, PERT has made 90,591 community contacts, including 35,280 crisis interventions. Almost half of those crisis interventions (16,284) were diverted from being involuntarily detained for a 72-hour psychiatric hospitalization.

This service saves money, eases the strain on the emergency response system and increases safety for both clients and law enforcement.

While the PERT program has been successful, these types of positions are difficult to fill because of the intense nature of the work and the competition for the professionals’ services. Today’s action will provide the County with additional tools to recruit and retain this workforce.