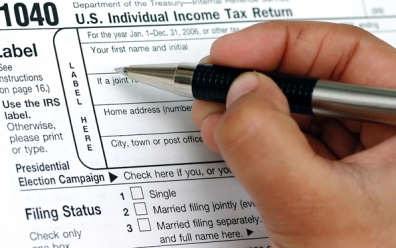 January 20, 2017 (San Diego's East County) - If you are a low-income family or individual, you won’t have to pay to have your income taxes prepared. The County can help you file them for free.

Starting Jan. 23 and continuing through April 18, about 650 volunteers will be helping people to file their taxes electronically at about 60 locations across the county. The only requirement for the free service is that filers are low-income.

“We want to help people claim their Earned Income Tax Credit. It will increase the refund for low-income families, who need it to help them get by,” said Supervisor Greg Cox, County Board of Supervisors.

Spearheaded by Supervisor Cox in 2003, the free tax preparation services are part of the annual Earned Income Tax Credit campaign, which the County Health and Human Services Agency, the IRS, AARP, United Way of San Diego and 2-1-1 San Diego support every tax season.

As part of the campaign, you can have your taxes prepared for you, prepare them yourself with assistance from a volunteer or do them on your own by visiting myfreetaxes.com.

To receive free services, all you have to do is call 2-1-1 to make an appointment at a site near you.

“The tax preparation campaign allows our low-income residents to save the cost of having their taxes filed and helps them get back some of their hard-earned money,” said Nick Macchione, director of the County Health and Human Services Agency. “This program aligns with the County’s Live Well San Diego vision, which aims to get people out of poverty and help them thrive.”

EITC is a federal program established in 1975. The IRS estimates that between 20 and 25 percent of eligible people do not claim their EITC each year.

Individuals and families who worked in 2016 and earned less than $53,505 could qualify for as much as $6,269 in federal EITC tax credit. The California credit could be as much as $2,653. Residents must file a tax return to be eligible for both credits.