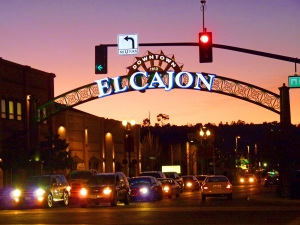 September 5, 2017 (El Cajon) – Following a County declaration of a Hepatitis A emergency last Friday, with 70% of those cases among homeless people and/or illicit drug users, East County Magazine asked for information on El Cajon, which has a substantial homeless population.  Today, Councilman Gary Kendrick confirmed, “The County has identified that some of these cases have been within the city of El Cajon.”

The two most effective ways to prevent spread of Hepatitis A are vaccines and improved sanitation.  The County is working to vaccinate high risk populations such as homeless individuals and drug users, and is also recommending vaccines for food handlers, healthcare workers, social workers and others in contact with high-risk individuals.

At a meeting between El Cajon city staff and county officials on August 29th, the County requested to put one or more hand-washing stations in El Cajon and several possible locations were discussed.

City staff helped the county identify appropriate locations for a hand washing station on County property near the library. “At this time, the County Health and Human Services Agency is coordinating with the County Library for the placement of a station.,”

City staff also suggested the placement of a hand washing station in the parking lot east of the Prescott Promenade, Councilman Kendrick told East County Magazine. “Currently, the Downtown El Cajon Business Partners manages and pays for a hand-washing station that is used during downtown events.  The County plans to replace this existing station with one that will always be accessible. The County will pay for the station and its ongoing maintenance,” he added.

A third possible location, Wells Park, was rejected after city staff determined that permanent hand washing facilities at the park are utilized and sufficient to meet public needs, said Kendrick, adding that County staff concurred with this assessment.

Countywide, the Hepatitis A outbreak has killed 15 people and hospitalized hundreds more.  For more information on the outbreak and symptoms of Hepatitis A, see our prior article at https://www.eastcountymagazine.org/county-declares-health-emergency-over-hepatitis-state-launches-investigation-public-health-nursing.