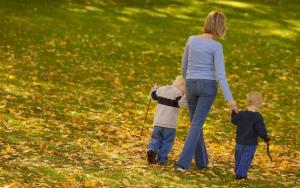 The Department of Child Support Services recently launched an online tip line. You can tell Child Support where a person works or lives, and a caseworker will follow up and take the appropriate action, which could include wage garnishing or serving another court order.

The tip line is not intended for custodial parents to report non-payment, as they would be faster served by directly contacting their case worker.

“Basically, it’s a vehicle for people in the community who may be aware of someone who owes child support and has the means but is not paying,” said John Rosenthal, community relations manager for the Department of Child Support Services.  “It’s another tool to help us provide medical and financial support to children.”

While the department’s main goal is to collect and distribute child support, Rosenthal stresses it works with both parents to reach a child support order that accurately reflects the current income and custody situation for both parents in the case.

A button to the online tip line is at sandiegochildsupport.org. Click on it, fill it in and submit.

“It’s just one more way that we can try to make it easier for the community to communicate with our office,” Rosenthal said.