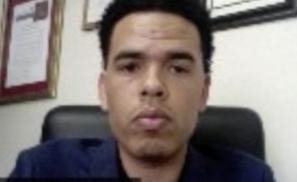 May 2, 2020 (San Diego) – San Diego County will deploy mobile testing sites to at-risk communities. The vehicles will include a new Live Well Bus, bookmobiles and other County vehicles, the County announced on Thursday. The County also announced plans to dramatically increase tracing of contacts with each person who tests positive and announced job openings for tracers.

Citing racial disparities in healthcare delivery, the advocates called for testing in urban epicenters where populations include many people of color, including communities such as El Cajon, City Heights, southeast San Diego and Barrio Logan. They also called for stronger tracking by public health officials of those who came in contact with someone who tests positive, and asked officials to create a quarantine plan for those exposed who live in crowded housing situations.

“The COVID-19 pandemic isn't the first time African Americans have been underprioritized in a public health crisis,” a joint statement issued by Harris and Gambles-Farr states. “It  is very important that we do not ignore race within our conversations around COVID-19. African Americans already have many preexisting conditions that make them even more vulnerable to this virus and making testing available and free for those already affected by other urban deterrents must be the priority of our public health and government officials."

According to a press release from PAJ, the number of COVID-19 cases among African-Americans statewide is disproportionate to the population overall. In San Diego County, African Americans account for three percent of deaths, however testing has been limited so the true number of cases and deaths among people not tested is unknown.

Rev. Harris, in an interview with East County Magazine, said he believes testing should be free and available in urban areas to allow access to testing “even for people who have no car.”

He added that in urban communities such as El Cajon, which includes many immigrants and refugees of color as well as citizens, “people of color live compacted,” often in cramped apartments with extended family members. That increases the risk of infection, so Harris says, “The County needs to provide a plan to quarantine these urban folks who live in compacted apartments.”  People’s Alliance seeks County support to deliver three meals a day to urban residents who have tested positive, as well as essential supplies such as toothpaste.

The County currently has a staff of 120 case and contact tracers who have conducted over 4,000 COVID-19 investigations. On Friday, the County announced plans to expand its number of contact tracers to 450 in the coming months, including current County employees as well as new applicants.

You can apply at this link to be a temporary contact tracer.  The full-time positions pay $19 an hour and involve working from home, after a live training.

The County also plans to hire an additional 200 public health nurses to support testing efforts, with a goal of testing 5,200 a day.

This article points out some valid posititions by Rev. Shane Harris and his People's Alliance for Justice (PAJ), particularly in regard to the attached video about the Coronavirus Pandemic here.