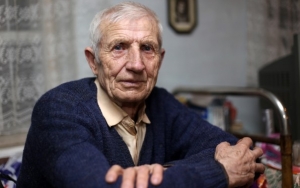 October 29, 2015 (San Diego)--County officials are alerting the public about a group of scam artists known to be targeting elderly residents in the county, particularly seniors in the Hispanic community.

The San Diego County District Attorney’s Office, the County’s Health and Human Services Agency and other local law enforcement agencies are currently investigating several reports of this scam; at least two have occurred in South Bay.

District Attorney Bonnie Dumanis states, “Sadly, seniors too often fall prey to heartless scam artists looking to make a fast buck. Our elderly population can be too trusting and by the time they tell someone something’s wrong, their money is long gone.”

The “Pigeon Drop Scam,” is a confidence trick where the victim is persuaded to give up a sum of money to secure a larger sum of money from supposed lottery winnings. These scams are often performed by one or more criminals in a retail shopping area or other public places. There are many variations of this scam, but recent cases usually involve three suspects: a Hispanic woman in her 50s; a Hispanic man his 30s; and a third suspect who only interacts with victims over the phone.

The suspects approach victims in public areas in the community, such as a trolley station or laundromat. They engage with them, often in Spanish, telling the victim that one of the suspects has won the lottery but needs help to collect their winnings. One of the suspects calls the “lottery official”- actually a third scam artist posing as a lottery official, who says on the phone that good faith money needed in order to receive the winnings. The suspects also promise to share a portion of their lottery winnings with the victim.

If you are approached by someone claiming to have won the lottery, or that a large amount of money was found and that person is offering you part of the earnings in exchange for “good faith” money or valuables, here’s what to do:

Victims who’ve lost money from a scam should call law enforcement or the County’s Elder Abuse Reporting Line at 1-800-510-2020.

Earlier this year, Dumanis, along with County Supervisor Dianne Jacob, Health and Human Services Director Nick Macchione and Schmeding, rolled out an outreach campaign including TV spots and a Senior Scam Stopper toolkit aimed at educating San Diego’s older residents and their families about how they can protect themselves from a myriad of financial scams online, over the phone, and in the mail.

The “Don’t Get Hooked” Toolkit is now available in Spanish, with examples of additional scams targeting the Hispanic community, such as the “Pigeon Drop Scam” and “Immigration Scams,” along with tips and local resources to help avoid becoming a victim.

You can get a free copy of “¡Que No Lo Engañen!” at the District Attorney’s offices in Downtown San Diego or in Chula Vista. (You can also download the toolkit online, here.)