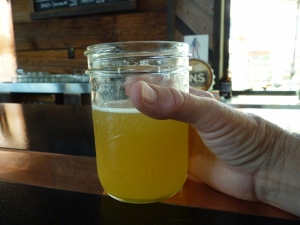 The county also halted reopening of any additional businesses until at least August 1, due to a spike in cases locally.

Although Governor Gavin Newsom earlier this week ordered bars in six counties to close and recommended closures in eight other counties, San Diego was not on those lists. However local officials made the decision to shut down the alcohol establishments after nearly 500 new cases were reported yesterday, the highest number since the start of the pandemic. Also, 7% of test results reported yesterday were positive, up sharply from the 4.1% rate over the prior two weeks.

Concerns are also rising over hospital capacity, since San Diego has taken some patients from neighboring Imperial County, where 23% of tests have come back positive in recent days prompting the state to order a return to a full lockdown there.

Today, Riverside County’s hospital ICU units hit 99% capacity, forcing hospitals to resort to surge mode, converting other hospital bed areas into ICU units to accommodate COVID-19 patients. San Diego could be asked to accept yet more patients from its neighbor to the north if Riverside's surge in cases continues.

Current and recent local outbreaks in San Diego County include cases linked to bars, restaurants and gatherings at private homes, prompting officials to caution against backyard barbecues or other July 4th festivities with non-household members.

The shutdown of alcohol businesses locally exempts those with a food license, which can only serve alcohol with food to customers seated at a table.

A growing number of cases are being identified in young people, especially those between the ages of 20 and 29. At the end of April, 15% of all cases reported were in people in that age range. Now, that percentage has increased to 22%.

“It’s obvious that more young people are going out and not following the public health guidance. That’s why we’re seeing more community outbreaks,” said Wilma Wooten, M.D., M.P.H., County public health officer. “They are going to bars, restaurants and having house parties and not wearing a mask or maintaining physical distance.”

Another group showing increasing percentages are those 10 to 19 years old. That percentage has risen from 2.4% in late April to almost 6% currently.

For people in their 30s, the percentage of positive cases has remained steady, and in older demographics the percentage has been steadily decreasing. “Older people are heeding the public health advice and staying away from crowded places to avoid getting the virus,” Wooten said.