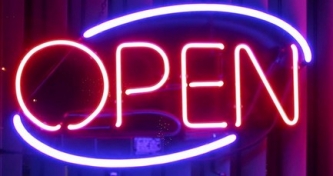 December 17, 2020 (San Diego) – The County has temporarily halted enforcement of COVID-19 closure orders on restaurants and strip-clubs following a judicial order, which Supervisors have voted 3-2 to appeal.

In a ruling yesterday, Superior Court Judge Joel Wohlfeil ordered the state and county to cease enforcement of California’s regional stay-home order against strip clubs, until trial. Wohlfeil’s decision states that the state and county failed to provide evidence tying spread of COVID-19 or lack of intensive care beds to live adult entertainment.

The case arose out of a challenge against closure orders filed by two strip clubs, Cheetah’s Gentlemen’s Club and Pacers Showgirls International. The order includes strip clubs but the broad wording covers “San Diego County businesses with restaurant service” though it’s unclear if his ruling is meant to apply to all food service establishments, or only strip clubs serving food.

County health records have regularly listed restaurants as sources of COVID-19 outbreaks, though it’s unclear whether any outbreaks have been traced to strip clubs, which may fall under the general “business” category.

The County issued a statement in response indicating that both the State and County are analyzing the scope of the ruling and discussing next steps, including seeking clarity from the court.  “Until we have clarity, we have suspended enforcement activities against restaurants and live entertainment establishments. With record numbers of new infections, deaths, and ICUs at capacity, we want to remind everyone to do your part. Please don’t gather; socially distance, wear a face covering and wash your hands.”

Wednesday night, Supervisor Jim Desmond posted, “How this all plays out, that remains to be seen? We assume the State will appeal and my colleagues voted to appeal along with the State. @KristinDGaspar and I voted to not appeal their decision. We believe that business should be allowed to safely open.”

But Supervisor Nathan Fletcher chided Desmond, stating,  “2020 is so strange: On a day with record number of ICU patients and hospitals telling us they are cancelling cancer patients have their tumors removed, my colleague is bragging about fighting to keep strip clubs open.”

The ruling came after the strip clubs received cease-and-desist letters from the California Attorney General’s Office, noting that the clubs were violating a Dec. 3 stay-home policy that banned both indoor and outdoor dining, as well as large gatherings. (Restaurants have been limited to take-out or delivery, under the order, and live indoor entertainment has been banned completely.)

The attorney for the clubs argued that the club owners had imposed safety rules such as allowing just one entertainer on stage at a time and adding barriers to keep audience members away from entertainers.

It is unclear whether the ruling may also affect other indoor entertainment venues, such as theaters.

Pacers’ attorney, Jason Sacuzzo, argued that no cases of COVID have been tied to either club since a month ago, when Wohlfeil issued an earlier temporary restraining order keeping the clubs open – an action that sparked anger among restaurant owners and owners of other businesses shut down due to the pandemic.

At least two East County restaurants posted that they are reopening for outdoor dining (but not indoors):  Hacienda Casa Blanca in El Cajon and Anthony's Fish Grotto in La Mesa, though both noted they will have to rehire staff on short notice after lay-offs.

While the halt on enforcement brings relief to struggling restaurant owners who may now opt to reopen on-site dining during the temporary reprieve, the move concerns health officials at a time when the Southern California region’s ICU bed capacity has dropped to near-zero.

Some members of the public voiced anger at the decision. Local author Caitlin Rother posted on Facebook,  “The media needs to find out more about the background of this judge. I can't tell you how many people have told me they have no idea who judge candidates are on the ballot when they go to vote. So they leave it blank. How is looking at naked women more important than public safety right now when we have no ICU beds? Has the world gone insane? When do I wake up? This is exactly why I'm staying home alone this weekend and beyond.”

Judge Wohlfiel was appointed by Governor Arnold Schwarzenegger to fill a vacancy in 2007 and has since won elections in 2010 and 2016.